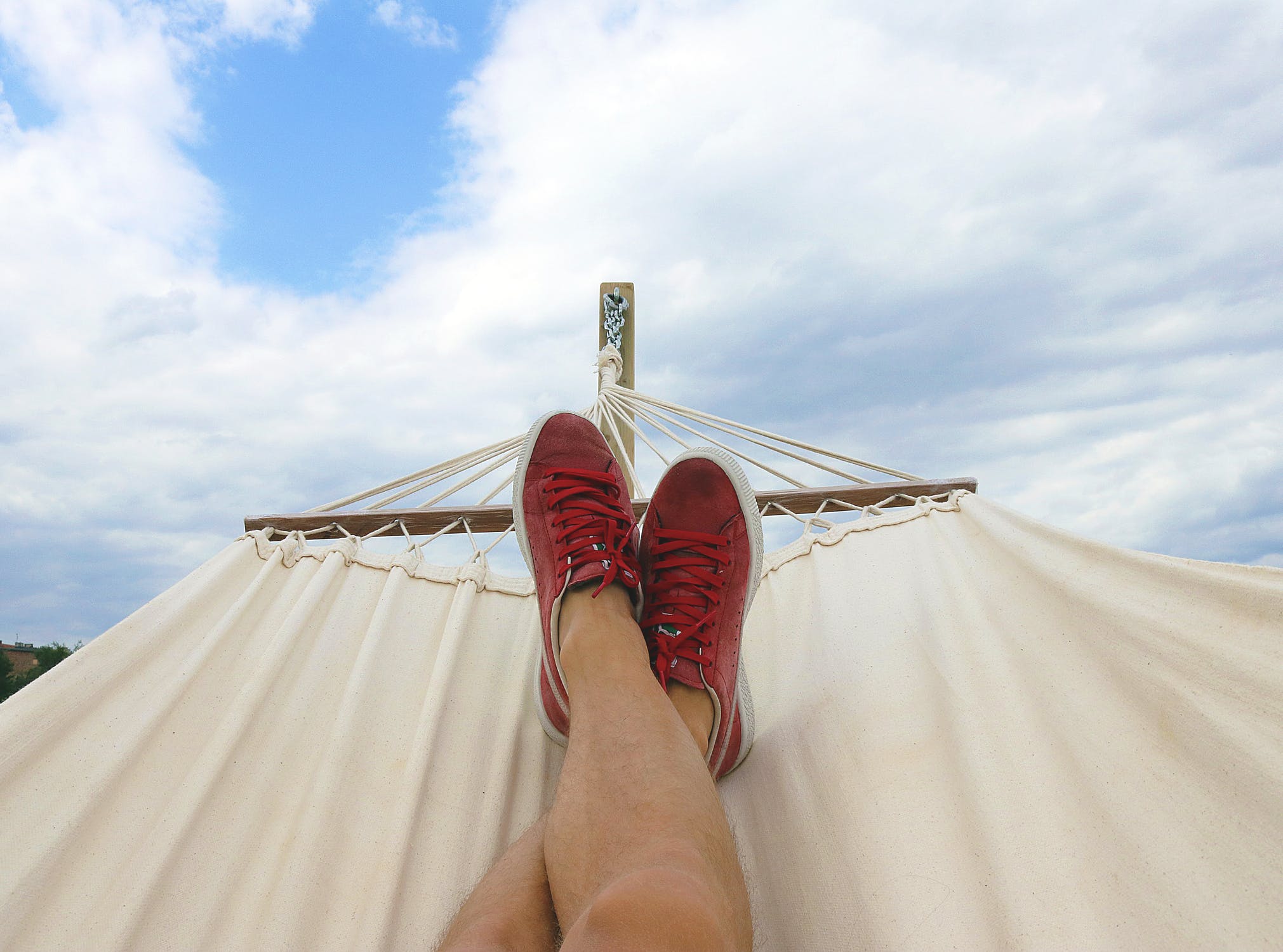 Are you among the 55% of Americans who don’t take their allotted vacation time from work? That may not be such a good move for your health, happiness, or productivity. There are important reasons why you need a vacation instead of burning the candle at both ends.

Because I travel so much for all the seminars, workshops, trainings, and speeches I give — as well as all the time I spend writing books or recording new online courses and video blogs when I am home — my wife was becoming upset about the lack of time we were spending together.

She suggested we take a month-long vacation together to reconnect and deepen our relationship with each other. So we rented a house on the ocean in Maui, Hawaii, for a whole month.

At first, I was nervous about being away from my work for a whole month, but with the success of our online programs that don’t require my live presence every week, and the ability to prerecord video blogs and social media messages, it turned out fine.

I made an agreement with my wife that I could write and handle critical emails for a maximum of two hours a day, and the rest of the time I would spend with her.

As I reflect on the month, here are five valuable insights and lessons that I learned about the value of disconnecting through taking a vacation. Hopefully, they’ll help you discover why you need a vacation too.

Disconnecting Brings Balance to Your Life

The first is that once we made it a priority and made the decision to do it, I was able to find all kinds of ways to make it work.

My fears (of getting too far behind on my emails and writing projects, not being there to make important decisions for the future of the company, being bored without my work, and so on all turned out to be unfounded.

I was able to delegate more of my work to others, realize that some things simply didn’t need to be done, practice saying NO to more people than I usually would, and see that my high standards of perfection were sometimes getting in the way of having more time to simply be and enjoy life. I was able to live with the belief that sometimes “good” is good enough.

I’ve been home for over a month now, and I am still living a more balanced life, getting more sleep, exercising more, saying NO more often, and delegating more. My life is much more balanced.

Absolute Beauty Can Be Just Beyond the Jagged Rocks

Another big lesson I learned came the day we drove over to the south side of the island to go to Makena Beach. We had heard about a place called La Perouse Bay just a little beyond Makena that was a great area for snorkeling, so we decided to explore it.

When we arrived, it was around 2:30 in the afternoon, and it was partly cloudy and a strong wind was blowing, and there was a pretty strong surf. Plus the entrance into the water required walking barefoot over a lot of uncomfortable-looking rocks, not sand.

My wife Inga was all gung ho to go into the water anyway, but I decided to stay on the beach and read while she snorkeled. My reluctance to get into the water was further strengthened as I watched her struggle walking over the rocks as she got into the water.

So I felt very content to find a place to sit on a log that had been washed up onto the rocky shore and read.

After a few minutes, she had swum quite a distance, and then she started waving and screaming “You have to come in; it’s amazing!” I just waved her off with a “No way” waving of my hands.

Then, she swam all the way back to where I was and said it was the most amazing snorkeling ever. She said, “It’s like being inside an aquarium; you have to come in!”

Because she had taken the time and effort to swim all the way back to convince me, I decided to brave the rocks that I had to walk and stumble over to get in. (And in fact, it did turn out to be extremely uncomfortable.)

And am so glad I did it.

I had never seen so many different varieties and sizes of fish. There were so many of them — sometimes in schools of 100 or more.

Some of the fish were two feet long and so colorful. The coral reef itself was amazing in its size, its colors, and its different kinds of coral.

We must have spent more than an hour swimming around in this magical wonderland, and I have to say that it was one of the top visual experiences of my life — and I almost totally missed it due to my not wanting to experience the discomfort of the rocky entrance into the ocean.

Good Things Await Us Outside Our Comfort Zone

Another lesson I learned from this is how many times I have said NO to something I was invited to do because of how I assumed it would be uncomfortable or it wouldn’t be worth time and effort.

My wife is almost always up for any kind of adventure. She is always hiking, swimming in the ocean, going on spiritual pilgrimages to India, Nepal, and Bhutan, and coming back with great pictures and amazing tales of her experiences.

As a result of that day underwater, I have made a commitment to step outside of my comfort zone and by saying YES more often and assuming something good will come from it.

Knowledge Is the Antidote for Fear

Another thing I learned during our month off was more about how to deal with fear.

Whenever we went snorkeling, which we did a lot, I would always have the fear of sharks come up. Unfortunately, years ago I had seen the movie Jaws, and sometime later a friend of mine had told me, “Whenever you enter the ocean, you enter the food chain.”

So whenever I would get into the ocean, I would be aware that a fear of sharks would emerge unbidden into my consciousness. To make matters worse, while we were on Maui for the month, a man was bitten by a shark while swimming in the ocean and bled to death. SO it would seem a fear of sharks made rational sense as well.

The first is that I was seeing a chiropractor two or three times a week while we were there. Turns out he is an avid surfer and had been surfing nearly every day for about 20 years. When I asked him if he was ever afraid of being bitten by a shark, he replied, “NO.” He said, If you know the rules, you’ll be fine. So what are the rules?

Simple, don’t swim in the morning and around sunset and after. That’s when the sharks feed. Don’t swim too far from the shore. Sharks are basically fearful so they attack when things are murky and you can’t see them coming.

Don’t swim in the estuaries where there is runoff from a stream entering the ocean. The muddy water makes it hard to see the sharks. And you’re safer when you swim in groups.

The man who had been bitten by a shark and bled out had broken three of the four rules. He was 60 yards out in the ocean, swimming in the early morning and swimming by himself.

By following all of those rules, I felt much safer swimming in the ocean. Gaining more information about the reality of any risk rather than letting your imagination run wild, always lessens any fear.

The other thing I noticed when I focused on increasing my awareness was that any time I was scared in the water, it was because I was thinking about or imagining a shark.

Based on what I know about fear, which is that it is created by imagining something bad happening in the future, whenever a thought or image of a shark came into my consciousness, I simply refocused my awareness back to the present moment and on the beautiful fish and coral that were all around me.

After a few days of that intentional practice, along with following the rules my chiropractor taught me, I always felt totally safe in the water.

If the fear had continued, I could have also used tapping, which I have talked about in previous videos, to release the fear, but I never had to do that.

Consider Why You Need a Vacation Too

Anyway, I hope what I have shared with you will inspire you to say YES more to the potential adventures in your life, and to not let fear stop you from having a lot more fun and success in your life.

Think about the benefits that you can personally gain from disconnecting. What potential learning and fun have you been saying no to because you thought it might be too uncomfortable or scary?

What connections can you make with the people you love by spending more distraction-free time with them?

Take the time to plan a vacation each year and receive the benefits it brings to your personal and professional life. Remember that everything you want that you don’t have is right outside your comfort zone, and you have the power to step outside it any time you wish.

To learn more about these principles, download my free Positive Thinking Guide. And remember, everything in your life will only change for the better when YOU CHANGE first.

As the beloved originator of the Chicken Soup for the Soul® series, Jack Canfield fostered the emergence of inspirational anthologies as a genre—and watched it grow to a billion dollar market. As the driving force behind the development and delivery of over 100 million books sold through the Chicken Soup for the Soul® franchise, Jack Canfield is uniquely qualified to talk about success. Jack is America’s #1 Success Coach and wrote the life-changing book The Success Principles: How to Get From Where You Are to Where You Want to Be and Jack speaks around the world on this subject. Check out his newest book The 30-Day Sobriety Solution: How to Cut Back or Quit Drinking in the Privacy of Your Own Home. Follow Jack at www.jackcanfield.com and sign up for his free resources today!