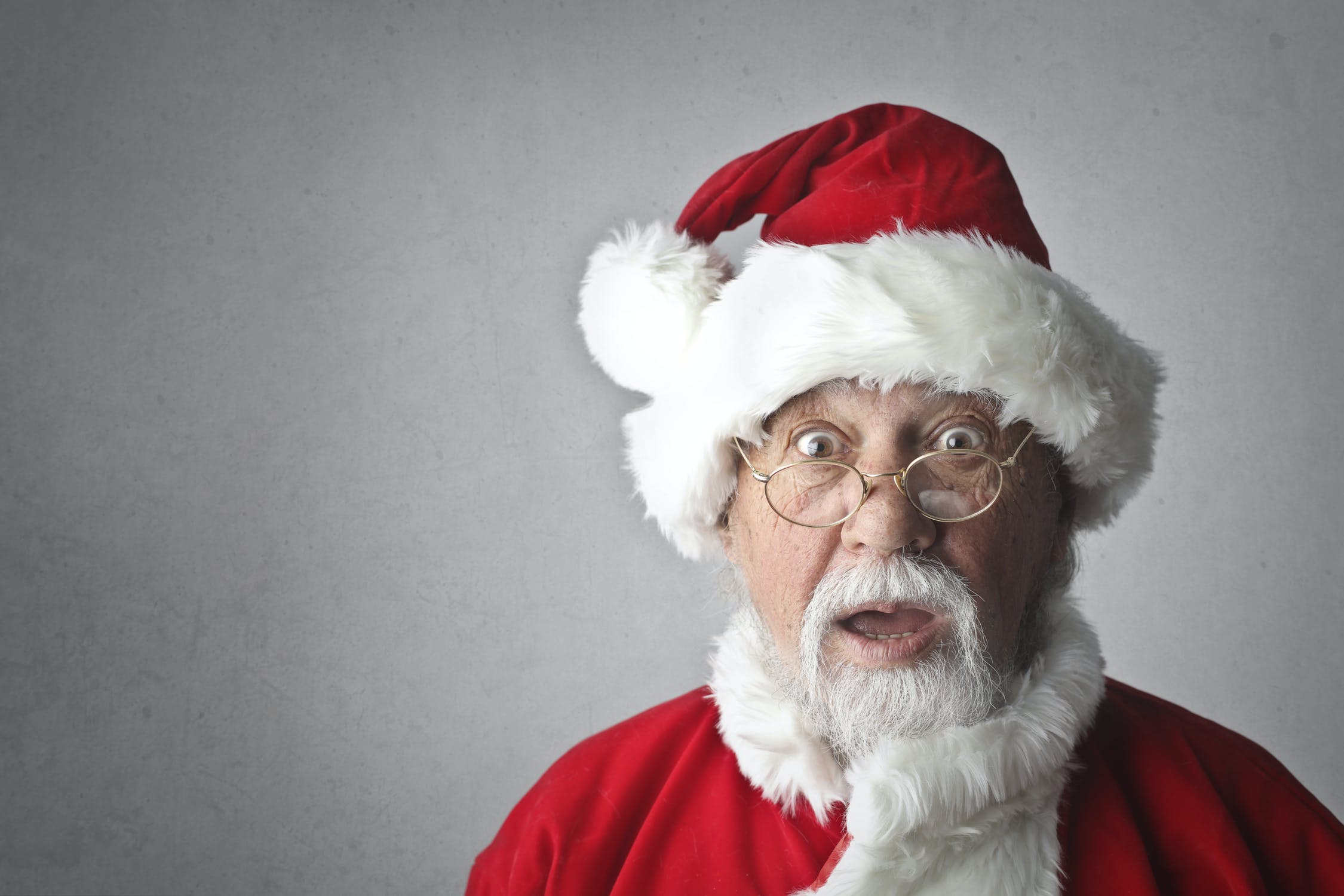 If you believe Santa is real, you might want to stop reading right now…spoilers ahead!

If there’s one universal experience for kids whose families celebrate Christmas, it’s the day we realize that Santa isn’t real.

There’s something so sweet, so innocent, about kids and Santa. Who didn’t love the idea that there’s some benevolent being who not only can tame reindeer and employ elves but can also make deliveries to every house in the world in one night (Santa’s better than Amazon!)

As a kid, it was nice to know that if you were “good” you would be rewarded with presents. It made all those times you held yourself back from smacking your little brother or pilfering candy from the store worthwhile.

The day you realize that Santa doesn’t exist is the day that you first start to lose your childhood innocence. As that sense of wonder and miracles falls away, one thing is clear: reality sucks!

I’ll never forget the day I learned the cold hard truth about Santa.

It was the day after Christmas when I was five years old. I was in kindergarten, and I’d made my very first friend from outside the neighborhood.

I think I had a vague understanding that people in my neighborhood were “poor” but I didn’t quite know how the lives of poor people differed from rich people. Until that December 26th when I was five.

I’d made a best friend in kindergarten whose name was Kim. We both went to Catholic School and she lived in a different neighborhood than me. Kim’s mom asked my mom if she could pick me up for a play date.

I noticed right away that Kim’s mom’s car was much nicer than ours. It was shiny and there was no duct tape on the seats. It was super quiet too, probably because it had a functioning muffler.

Then we got to Kim’s house. It was much larger than ours, and there was green grass instead of weeds and junker cars on the grass.

But then the most shocking thing of the day happened: I went inside and saw an enormous pile of Christmas gifts around the tree. It looked like the Toys R Us catalog had come to life right there on the blue shag carpet.

“Where did this all come from?” I asked in wonder.

This didn’t make sense to me at all. There appeared to be a discrepancy here. Rich kids like Kim got many nice new presents from Santa. Poor kids like me got one or two used toys from the Goodwill. (In fairness, I now understand that Kim’s family was solidly middle class, not actually rich, but they seemed incredibly rich to me).

The realization hit me like a ton of bricks: either Santa was a total asshole or he was fake.

I was pretty sure that Santa wasn’t an asshole, so do the math…Santa was a fraud. When I went home I told my mother I knew there was no Santa Claus.

“Why do you think that?” she asked.

“Kim got a Barbie Dreamhouse and the Talking Crissy doll and Toss Across and an Easy Bake Oven and lots of other stuff and it’s all in brand new boxes like in the store!”

Mom took a drag of her cigarette and shot me an annoyed look. “Just don’t tell your sister”.

And that, my friends, is the day I started to lose my childhood belief in the magic of Christmas.

How about you? When did you realize that there was no Santa? Share your stories in the comments.