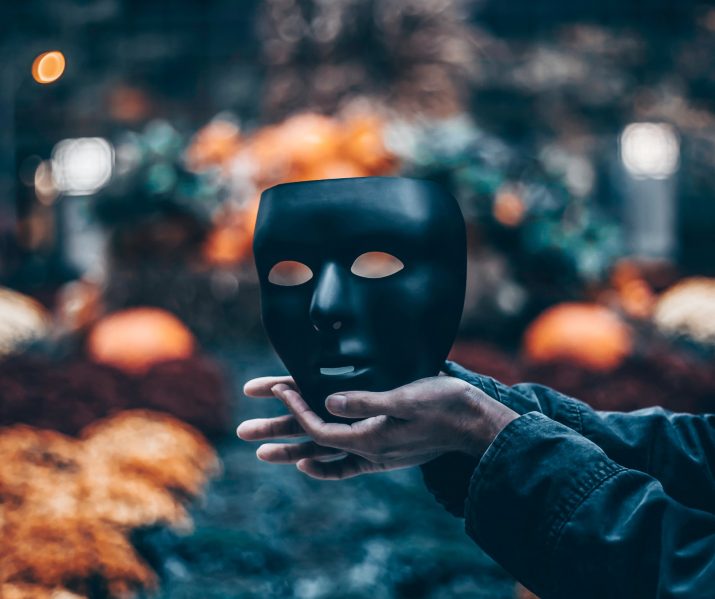 I have a basic principle in life: to speak the truth, and embody the truth that I’m speaking. And yet, sometimes I’m called a hypocrite.

Such claims don’t affect me, for I know in my heart that I want to see the end of all the above, and that I do what I feel is right for helping to achieve that. But I find a serious problem with the dismissing attitude behind those claims, which is that it’s not only discouraging social change, but it’s also myopic in its understanding of the nature, complexity and depth of the crises that we as a civilization are faced with.

As I’ve written time and time again, we’re all immersed in a sick culture with toxic values, institutions and systems. And, whether we admit it or not, everyone is (more or less) bound to this culture, and hence to its sickness. For example, in this culture, to some extent we all need to be competitive and destructive. Would you call someone a hypocrite for wanting peace and unity, yet who’s participating in our global economy, which is inherently anti-social? Would you call someone a hypocrite for being against environmental pollution, yet who’s commuting to his working place nearly every day using an automobile? Lastly, would you call someone a hypocrite for advocating against sexism and racism, yet who’s working in a sweatshop run by a corporation which profits from the mass exploitation of women and people of color?

Back in 2012, I was in search of a job, and after much effort, the only job I could land was that of a video editor for a corporate TV channel. Part of my job was to edit commercials, as well as videos that would play in the news. I hated that job, for I despised both manipulative advertising and the propaganda machine that the mainstream TV is. Yet, I had to somehow earn a living, and couldn’t find a better alternative at the time. Many of my colleagues were in a similar situation. Does that mean we were hypocrites, who secretly wanted to support corporate television?

If the above are examples of hypocrisy, then every activist, social critic or anti-establishment individual is a hypocrite, simply because of being those things! But when the word “hypocrite” is used in this manner, its meaning becomes distorted, muddening the waters of communication. To clear them, it would be helpful to remind ourselves of its meaning, as well as its origin. According to Merriam-Webster,

“The word hypocrite ultimately came into English from the Greek word hypokrites, which means “an actor” or “a stage player.” The Greek word itself is a compound noun: it’s made up of two Greek words that literally translate as “an interpreter from underneath.” That bizarre compound makes more sense when you know that the actors in ancient Greek theater wore large masks to mark which character they were playing, and so they interpreted the story from underneath their masks.

The Greek word took on an extended meaning to refer to any person who was wearing a figurative mask and pretending to be someone or something they were not. This sense was taken into medieval French and then into English, where it showed up with its earlier spelling, ypocrite, in 13th-century religious texts to refer to someone who pretends to be morally good or pious in order to deceive others. (Hypocrite gained its initial h- by the 16th century.)”

A hypocrite, therefore, is someone phoney, someone who’s wearing a personality mask to show off a fake image of themselves. And there are certainly plenty of people among us who act like that. In fact, I’d argue that we all act hypocritically at times (myself included, despite my basic life principle of life that I mentioned in the first paragraph of this article), for occasionally we all hide ourselves under the veil of pretence.

If we want to live in an open, honest and high-trust society, it’s important to point hypocrisy out as soon as we detect it — especially when it comes from those sitting in positions of political power — for openness, honesty and trust never go hand-in-hand with lying and deception. Before doing so, however, we need to be extra careful to discern hypocritical behavior from non-hypocritical one. Otherwise, we’d be making the mistake of blaming honest people for being dishonest. If, let’s say, we call someone a hypocrite merely for engaging in the toxic system/society/culture that they want to change (as in the examples I gave above), this would not only be a mischaracterization of who they are (for they have to engage in it, at least in part), but also counterproductive to their efforts. Such people need social acceptance, encouragement and support to be effective agents of change, not to feel blamed and shamed for not being able to do better.

Once we’ve detected someone’s hypocritical behavior and feel the urge to point it out to them or others, it’s important to be clear about what our intentions are. Do they come from a place of love and compassion, or judgment and blame? People who’re chronic hypocrites are for the most part deeply hurt individuals who’ve learned to navigate through life by constant use of lies and deception. Hypocrisy is an emotional defense mechanism they have adopted to protect themselves from experiencing further pain. Think of the times you’ve been dishonest or pretentious in your life. I bet in most cases you felt afraid, right? Behind our hypocrisy usually lies a great fear: the fear of vulnerability. When we open ourselves up to others and let them see our true colors, we become vulnerable, for we expose our weaknesses (along with our strengths), which others might ridicule, condemn or use against us. If, therefore, we want to see people being more honest, we need to create a space of trust, love and care — a space that makes them feel embraced with their flaws and imperfections, even while we’re pointing out their hypocrisy. Otherwise, we run the risk of achieving the opposite of what we want: causing more fear within them, and thus intensifying their emotional need to stay hidden behind the mask of hypocrisy.

Now, you might argue that not everyone pretends out of fear; there are some people who do so in order to gain social status, financial wealth, political dominance and so on, and who therefore deserve neither our love nor our compassion. Rather, they deserve our hate and contempt. They are people who should be shamed and punished! A popular example of such people is politicians (when you hear of the word hypocrite, what comes first to your mind? To mine, it’s always politicians). In this case, I’d say that politicians pretend mainly out of fear too: the fear of being small, insignificant, insecure, powerless. For why else would they strive to gain so much fame, money and power? It’s because of a dreadening emotional void that they are trying to fill, not realizing that they are using the wrong means. (Of course, not every politician has such aims — there are a few ones who don’t, and prioritize the well-being of the world over the satisfaction of their ego, but that’s not the general case.)

To better understand hypocrisy, we also need to look into the social conditions that give rise to it. Otherwise, we might try to deal with it on a symptoms-level, without addressing its root causes. For instance, we might fight against politicians in order to remove them from their positions of power, only to soon see others ones taking their place. What if the entire political game as we know today is based on hypocrisy? What if it incentivizes hypocrisy and rewards those who are best at being hypocrites? If that’s the case (which is, for obvious reasons that I won’t bother mentioning), then hypocritical politicians are just a natural outgrowth of a hypocritical political system. The same logic can be applied to all the other systems and institutions that exist in our society. Take the economic system, for example, wherein the businesses that are better at deception (through advertising and other means) earn the highest profits. Or take the school system, where students are coerced to act in certain ways in order to be rewarded — and not punished — by grades.

Hell, our entire civilization is built on a hypocrisy — the hypocrisy of so-called progress. We see ourselves as the masters of nature, who, through technology and culture, have managed to rise above and beyond the rest of life. We think of ourselves as the most benign and intelligent species on Earth (we’ve even named ourselves, Homo Sapiens, the wise man!), yet no other species is nearly as competitive, acquisitive, and violent as ourselves. But we don’t want to hear this truth, lest it disturbs our comforting illusions. So, we suppress it deep within the unconscious of our collective psyche. As a result, we raise our children in the hypocrisy we call normalcy, thus perpetuating our belief in our superiority.

To some extent, we were all conditioned as children to behave in certain ways in order to be considered “good” boys and girls, to be accepted and validated by our culture, to become “civilized.” Which brings me to the last point that I want to make: Often, we’re too quick to point fingers at the hypocrites around us, to blame them, to accuse them, to judge them, and perhaps the reason for doing so is to distract ourselves from our own hypocrisy that we are not willing to admit. As it’s usually the case, instead of facing our inner demons, we project them on other people, who then become our external enemies. That makes us feel relieved, at least temporarily, for it pulls our attention away from the “enemy” within.

The hypocrisy that we experience in the outside world is nothing but the expression and reflection of the collective hypocrisy we’re immersed in. Therefore, to effectively deal with it, we need to look inside us and heal it from its very source. At the same time, we need to create space for others to heal too, as well as to redesign our social structures so that they don’t systemically produce hypocrisy, as they are doing today. Then, we won’t cling on to our masks anymore. Rather, we’ll want to remove them from our faces, and expose our naked selves under the radiating sun — the sun of truth and honesty. And then, after a long long time, the warm presence of trust, intimacy, love and belonging will at last be felt again.