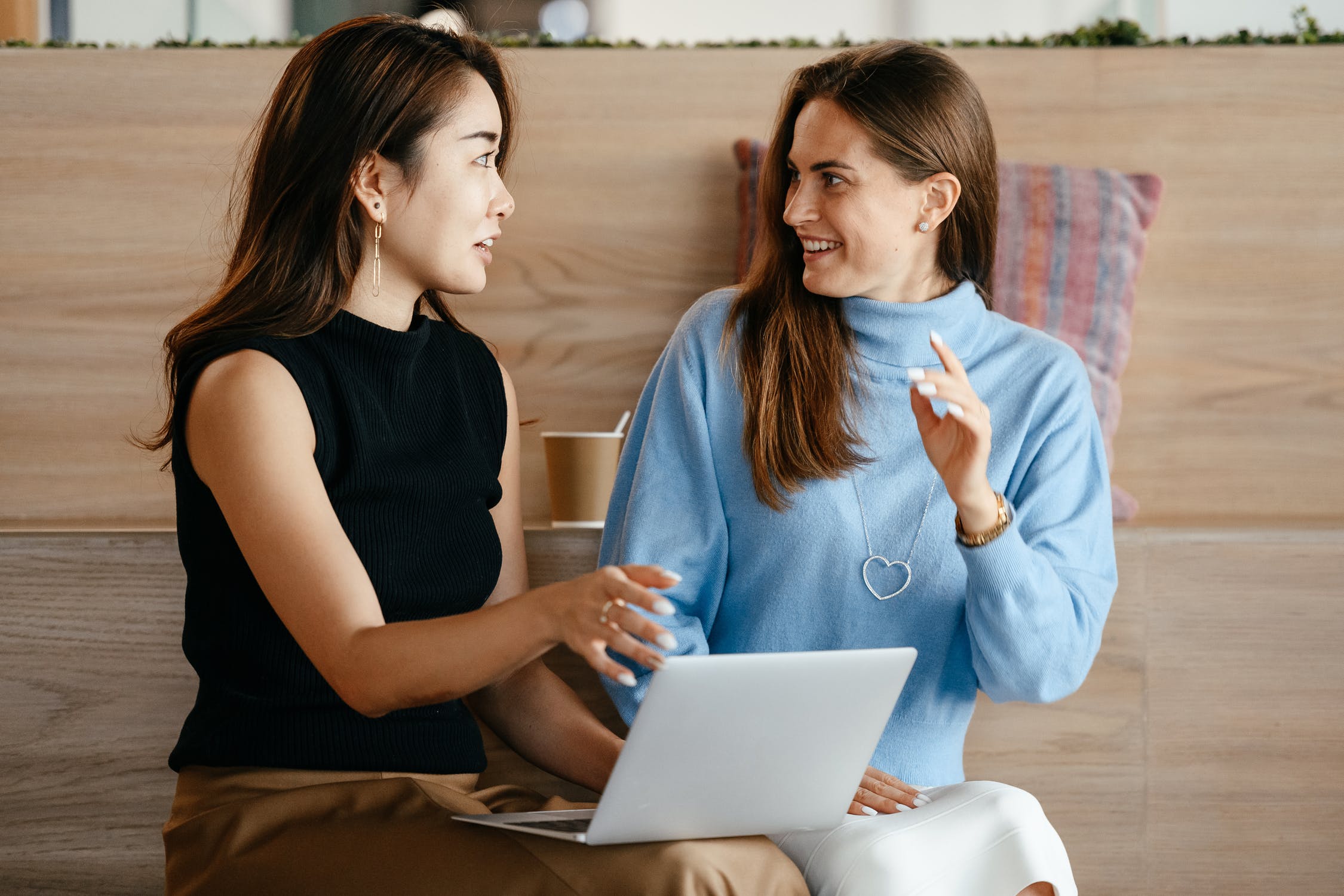 I didn’t want to start a business. I wanted to interview prostitutes.

I started a web series at HBO called “III:am” about what people were up to in NYC at 3 in the morning.

Of course: I interviewed prostitutes, drug dealers, and probably you, if I ran into you at three in the morning. Sometimes I would ask you out.

Sometimes I ran into people I knew. Once I ran into Luke at 3 in the morning. I only knew Luke from playing chess in Washington Square Park.

But he was standing outside in the East Village and got into the car of an older man who pulled over. “I’ve got to make money somehow,” he told me.

Then HBO gave me some money to turn it into a TV show. This post isn’t about that. The experience of shooting that pilot changed my life.

But so did something else that happened.

I had a lot of things going on and all of them scared me.

I was saying “yes” to everything. When you say yes to too many things, your fire dwindles. You extinguish the flames.

I was scared to death to leave my full-time job. It seemed like a steady paycheck. And I was doing good at it. I was getting promotions. My salary had been going up.

But I was getting depressed at the same time. I hated being chained to my cubicle during the day.

I was also afraid to be discovered. How could I juggle job, TV show, secret business on the side?

Sometimes I would dress up in a suit in the NY Public Library across the street, run a few blocks to meet JP Morgan to pitch them on a website, and then change back into my clothes and go back to my cubicle.

Sometimes a client would be upset at work we did. I’d find an empty conference room, draw the shades, lock the door, and call the client and deal with him while people banged on the door.

Someone wrote me recently, “I have an idea. Should I quit my job now?”

Don’t quit. You have to build up: network, money, skills, alternatives, and probably many other things before you can quit.

Finally after 18 months, I quit. I confessed I had a business on the side.

Here was my checklist for quitting:

A) THE SIX MONTH RULE

Not only did I have six months cash in the bank, but I had clients that made sure my business would stick around at least another six months in the worst case scenario.

I also had other companies that were offering me a job. I had built up a lot of good will with people doing favors across the industry.

I needed safety. I’m not a risk taker. I wanted to remove risk.

I was both the main sales person for the company, and the programmer of all of our software.

We simply couldn’t grow anymore if I didn’t devote more time to getting clients during the day.

A business can’t stay the same. It’s either growing or declining. A small business that is declining is already dead many months, even a year, before its employees know it.

I was dishonest in the beginning. I didn’t say up front I was running a business on the side while programming my tiny jobs from my cubicle. I was making a double salary.

I couldn’t do it anymore. It’s not a healthy way to live. I had to be honest.

My boss warned me, “When you leave here, nobody is going to return your calls.”

Which was true. Once I was not at HBO people didn’t return my calls.

You can’t be a part-time CEO. I had hired a CEO to run the side business. But he really had other dreams and he focused on them over the business.

When I left to join full-time he left and became a writer at MTV.

I was once walking with Randy, the temporary CEO. I was really into chess at that moment. In fact, I was the best I had ever been.

I was showing him a chess book I was reading.

He said, “You have a whole business you should focus on. Why are you still playing games meant for little kids?”

And he was right. We passed a garbage can and I threw out the book. And the next day I quit my job.

The flowers that bloom the best are the ones the gardener waters and gives the most love to.

My chess playing ability has declined ever since.

Every day now I had one job: get more clients.

To get more clients I had to do many things that I could not do from my cubicle.

It’s horrible and humiliating what I had to do to get clients. But I got them. It was a 24 hour a day effort. Which means everything else suffered.

My attempts at making a TV show all died. My hopes to write a novel died. My friendships suffered unless a friend was working for a client. Those friendships flourished.

Having my own business was the hardest thing I ever did.

It involved technical skills at the highest level to beat out the competition, it involved personal skills to keep people motivated, it involved sales skills, it involved diplomacy when partners disagreed.

I’ve since started other businesses. And I’ve been involved in helping businesses with up to a billion in revenues.

But nothing was harder than that first business, with its tiny 4 million in revenues. With its employees who I had known since birth in some cases. With clients who would call me at 2 am with their career troubles. With people constantly trying to rob us, extort us, fire us, hate us.

I was an amateur then. Nothing wrong with that. But closing the gap between amateur and professional is hard work. It’s climbing a mountain where everyone else wants you to fall and die.

I remember the day every year: August 31.

When I first started at HBO (also on an August 31) it was the happiest moment of my life.

I loved the company. I loved the product. I’d borrow “videotapes” every day and watched every show they ever did. I wanted to be the HBO expert.

I thought I would stay there forever. I was so proud. And then I left. It was the right decision.

And I guess I’ve regretted it ever since.