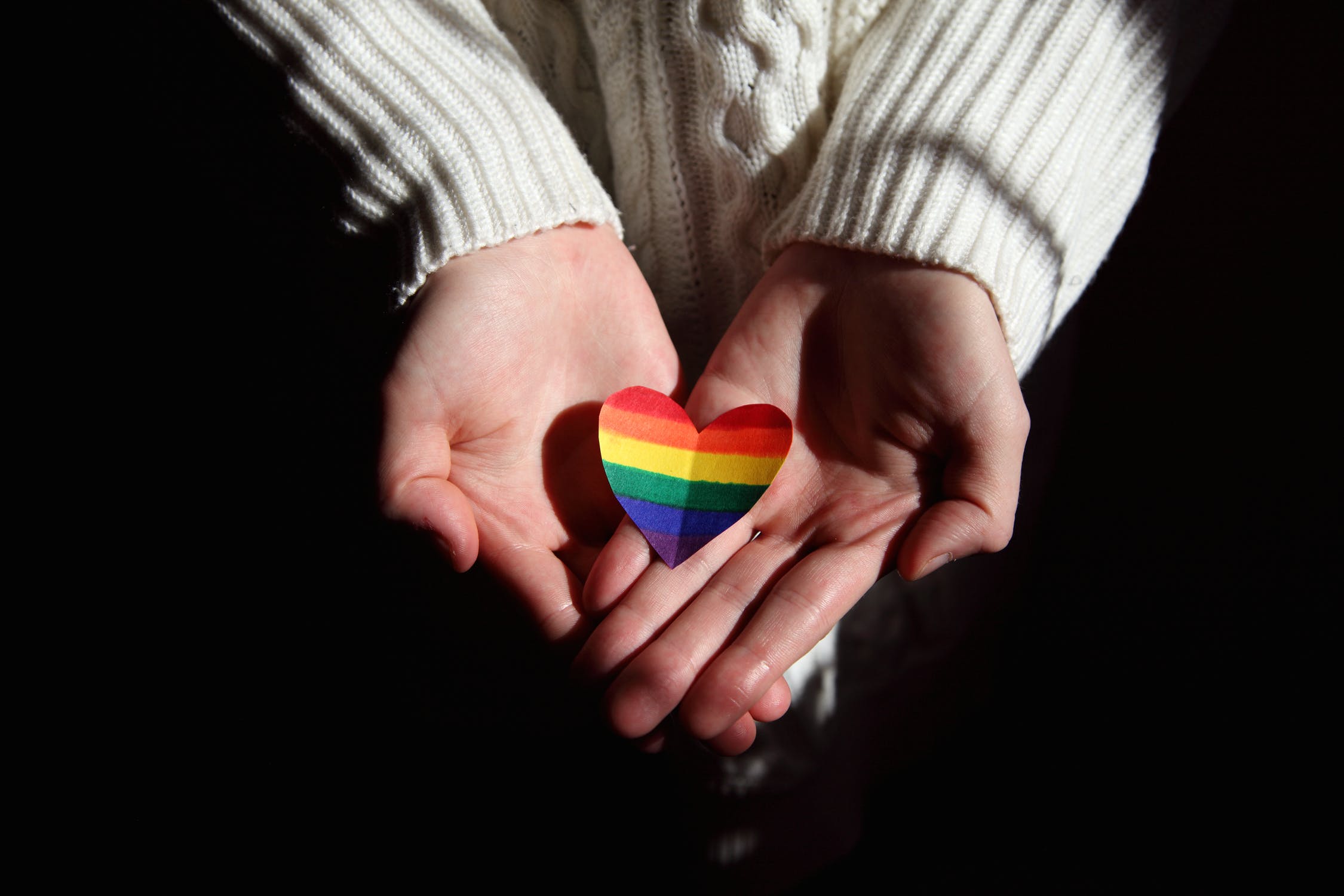 Perspective #1: “My 5 year old liked the female characters best, loved wearing dresses, play painted his nails, grew his hair long for a while because he wanted princess hair, loves pink and sparkles, etc. I was quietly supportive by treating his interests like any other. He got the princess dresses he wanted for birthdays and Christmases, his colouring books were unicorns and fairies etc. But I didn’t make a fuss about it any more than I would make a fuss about my other son liking stereotypically boy things like dinosaurs and cars. He wore a princess dress to school on a non uniform day. I didn’t say anything to him beforehand as he felt fine going in and I thought even an attempt at saying I was proud of him for doing it would highlight the difference when the way I want him to feel is that there aren’t male and female toys or ways of dressing, rather than implying he is brave to do something ‘different.’ Mostly it was positive, pretty much all his friends at school are girls and they loved it. He had some slightly mean/questioning comments though from a couple of kids including ‘boys don’t wear dresses’. When he told me this I just said ‘well, boys don’t wear dresses that often so some people think that’s unusual. I think clothes are just clothes. It’s so much fun to dress up as Elsa” and that was enough to make him feel better. I want my child to feel free to explore, but I don’t want to make such a big deal that the child hardens into an identity that might not be authentic for them.”

Perspective #2: “I love the idea of quietly supportive! But I also wonder about the messages kids get outside the home (or through media) and how to acknowledge the ways those interactions affect them even though we may not see or comprehend the full range. We’re not the only influences in our children’s life, and not discussing something because it’s hard or might encourage them further seems somehow counterintuitive to the quiet support. I guess I consider it similarly to other tough conversations—being colorblind isn’t the same as being antiracist for example, and as a white parent it’s only my unearned privilege that allows me to think I can control racist messaging by not talking about it. I would be surprised if there wasn’t some messaging he’s already encountered about how he’s expected to act as a boy. By not naming it or discussing, I think that could lead to lots of confusion or overwhelm. We know trans and nonbinary kids have higher suicide attempts and die more often by suicide.”

I love this discussion! It’s important that we find ways to engage respectfully about this issue, since we as a community are still evolving our understanding of the healthiest approaches to children who are, after all, still developing, and who may — or may not — be nonbinary.

I love that this mom “quietly supported” her son to follow his interests, including wearing a dress and painting his nails. I know that many parents would have found that challenging. I think all of us want to support our children’s explorations of self-expression. I agree that we should be supporting boys and girls who don’t conform to gendered expectations without assuming that it means they are trans or nonbinary. We don’t want to make assumptions, whether that assumption is that they are straight or gay, trans or nonbinary, or anything else.

After all, we won’t love our children any less no matter who they turn out to be.

I think that our goal is always to take our cue from our kids.

BUT we aren’t making assumptions otherwise, either. And if our child ends up feeling bad because society reacts badly, I think they need extra support from us. So our support can be quiet when that’s all that is needed, and that is a huge advance from what most of us experienced as children.

But sometimes, because we are following our child’s lead, and also responding to what happens to them, I think our support needs to be louder. I agree with the second perspective above that because our society is gender rigid, we do need to offer children extra support when they venture to explore outside of that rigidity (for instance by wearing a dress) and get push-back.

The concept of non-binary is new to many of us and to most of our children. So I think it is important that we say to kids — ALL kids — that some people are boys, some are girls, some are neither, which can be called non-binary.

How might it look to support our child who is exhibiting behavior that isn’t gender conforming?

As always, we start by empathizing with the child when they share their experience with us: “Ouch. It could hurt your feelings to have your classmates say that.” We never want our child to have to suffer alone with the feeling of being marginalized.

And then I think we want to take the opportunity to both give permission and educate: “Anybody should be able to wear any kind of clothing. Boys can wear dresses, girls can wear pants. And some kids aren’t girls or boys–they’re nonbinary–and they can also wear anything they want! Being a girl, a boy, or being nonbinary has nothing to do with what kind of clothes you wear.”

If we send our child into a store to make a purchase, we arm them with the skills and the language to use — we don’t assume they will work it out for themselves, or even that someone in the store will be kind and helpful, although we hope that will be true. If our child wants to wear a dress to school, we hope that everyone will agree that all humans are free to dress as they please without that signifying anything about gender identity, and that everyone at school will be supportive regardless of our child’s gender identity. But because we know that our society is still healing around these issues, we might want to support our child by asking if other boys wear dresses, and if so, how others respond, and how our child might respond if anyone criticizes them. Yes, this might make the child self-conscious, and there are schools where it would not be necessary. You know if your child attends such a school. If not, you might want to have a calm conversation about how great the outfit is and how some people might not understand the choice, but that’s okay — it’s fine for your child to make this choice, and you support them.

And of course, if your child comes home and tells you that they felt badly in an interaction with their classmates, you would empathize and try to empower them, just as you would with any situation that makes them uncomfortable: “That must have felt bad when your classmates said that. I wonder, if that happens in the future, if there is something you might say to them that might make you feel better? Should we brainstorm?”

The bottom line is that many children explore clothes, toys, and play that is not traditionally associated with their gender. That doesn’t mean they will be gender nonconforming. But it also doesn’t mean they won’t. And if we do have a child who turns out to be gender nonconforming, they especially need our support and our unconditional love. All children deserve the right to explore, to pursue their interests, and to develop as who they are. It’s our job as parents to support them, without pushing our own agenda. Either way, our choice of whether to support our child won’t change who they are. But it will change how they feel about themselves.