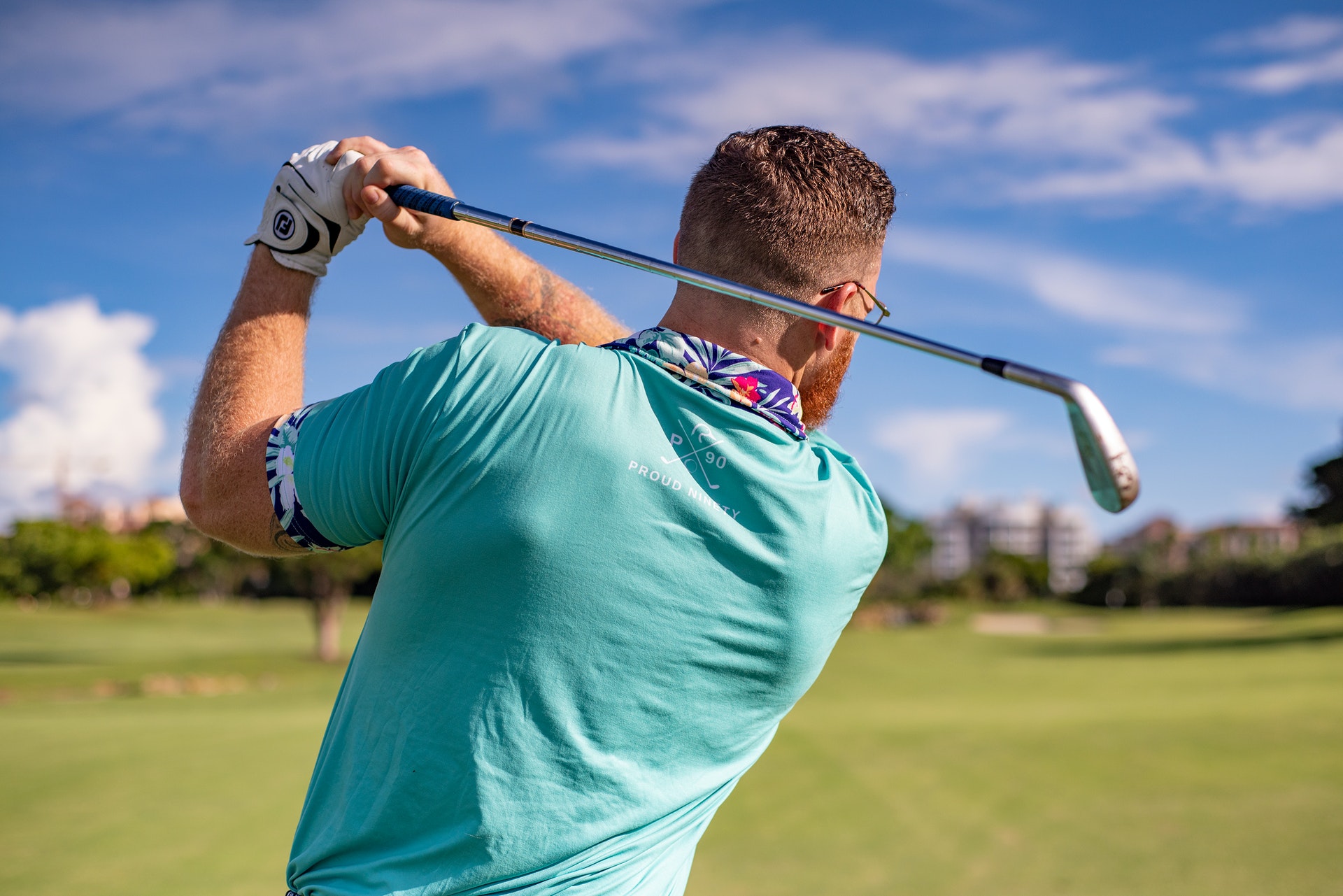 I was 20 when I started to learn golf. I remember being obsessed with the game. Playing as often as possible, reading how to books, and taking as many clients on the course as possible.

The best game I ever played was at River Run in Maryland. I finished seven over par, I was 25. At 26 my company at the time, MCI Telecommunications, had a golf outing with our global accounts on Long Island New York, and my foursome won 1st place.

I struggled to get good at golf, mostly because of ego which is rooted in low self-worth. One of the manifestations of low-self-worth is the inability to ask for help. Low self-worth also has an impact on our leadership development.

I used to think to I was not being good enough to play with the experts. I was more concerned about how I would “look”, than the benefit I would gain from being around experts and learning how to play better from them.

I think back to so many opportunities for growth that I had, where I let my ego get in the way by needing to look like I had it all together.

I want to help others not make the same mistake and miss out on growth opportunities. I did eventually learn an important lesson from golf about life and leadership.

In the game of golf, the only competition you face is your bad habits.

The greatest of golfers does not analyze how another golfer plays, he/she works on improving his/her own game by developing consistent good habits that generate consistently good results.

The smart golfers, take tips, own that it’s a game requiring constant growth and learning, and they don’t let ego get in the way of improving their game when others offer up constructive criticism.

The same is true in life, isn’t it?

The more open we are to learn, the humbler we remain, the more fulfilled we become as we grow and become better than we were the day before.

Sadly, much like when I was in my 20s and 30s, many people spend a great deal of time figuring out how to look like they are better than others, compete at all costs, and look like they have it all together.

There is a fundamental problem with the fake it till you make it strategy. You are fooling yourself and holding yourself back from growing.

By competing with others, you end up within a zero-sum strategy. You go after your slice of the pie, but there is only so much to go around. You end up having to force someone out of the game, and ultimately the same can happen to you.

What is the alternative?

When you focus on your own game, and you stay open to growing, learning and being adaptive, you gain the brilliance and means to create new values.

Being humble and hungry for growth will enable you to add something to the life opportunities pie that is missing… making the pie bigger.

Widening the pie benefits you, and others too. If more people adopted this mindset, we would never experience economic downfalls and more people would experience prosperity.

Much like the game of golf, for us to experience sustainable success in life requires we focus on developing ourselves to be consistent, productive, resilient, and above all people who add value to others.

When we are in creator mode, anything can be accomplished, when we go into taker mode, we might experience temporary gains in life, but we will ultimately experience chaos. It’s built into the taker operating system.

The economic crash we had in 2008 was a testament of what happens when we consume more than we produce, when we take more than we give. The only way for it to never happen again, is to become beings of creative and giving forces, vs. beings that need stuff to be happy.

The crash came from the need to compete in a zero-sum proposition world. If you are not actively adding value, you are taking from the pie and eventually this causes recessions, and depressions.

The key ingredient to growing as an individual is much like improving your golf game. Focus on yourself. Develop your own qualities. Become consistent, and productive. Improve your own game.

In life, winning means outdoing your old self, your old ways, your old strategy, your old views, and more importantly the way you view yourself.

Let Go of the Need for Validation

Because of our desire to be validated, respected, and… we can focus on looking good, so others think well of us, and lose sight of the real game, growing as a human being.

When we focus on just improving ourselves, becoming better than we were the day before, there is no other outcome but a winning outcome.

Validation, respect, and love are all verbs; they are actions that need to come from the inside out, not the other way around.

When a great golfer is losing, he/she does not use the excuse that “the wind” caused them to lose, the great golfer admits when they did not develop a strategy to not let the wind dictate their game.

In life the wind is what others think of us. If you go outside on a windy day and try chasing it… you’ll never catch it, and you will find yourself exhausted trying.

When you focus on being better grounded within yourself, you won’t even know the wind is there.

You will have control of the outcome of your own game, and since we’ve already discussed that that game is focused on adding value to the pie by creating values for others, everyone will win along with you.

You might win or lose in a competitive golf game with other players, but if you are focused on outdoing yourself day in and day out, you are winning at the bigger game — the game of life.

Tullio Siragusa is a pioneer of disruptive technologies, an emotional intelligence (EQ) thought leader, futurist, speaker, author, and coach. For the past 32 years, Tullio has built world class leadership teams in technology companies and startups. Tullio currently serves as Chief Strategy Officer at Nearsoft (now Encora) where he co-produces and hosts dojo.live a platform that gives voice to emerging technology luminaries. As an advisory board member to the University of California, Riverside, Design Thinking Executive Program, he advises on how to promote a human-centered approach to innovation. He also hosts Rant & Grow, an entertaining and heart-centered reality podcast where each episode explores people’s personal blockages and how to powerfully move forward with careers, relationships, and self-realization by developing healthy habits. As a founding member of Radical Purpose, Tullio is a strong supporter of human-dignity in all aspects of life, including freedom in the workplace.