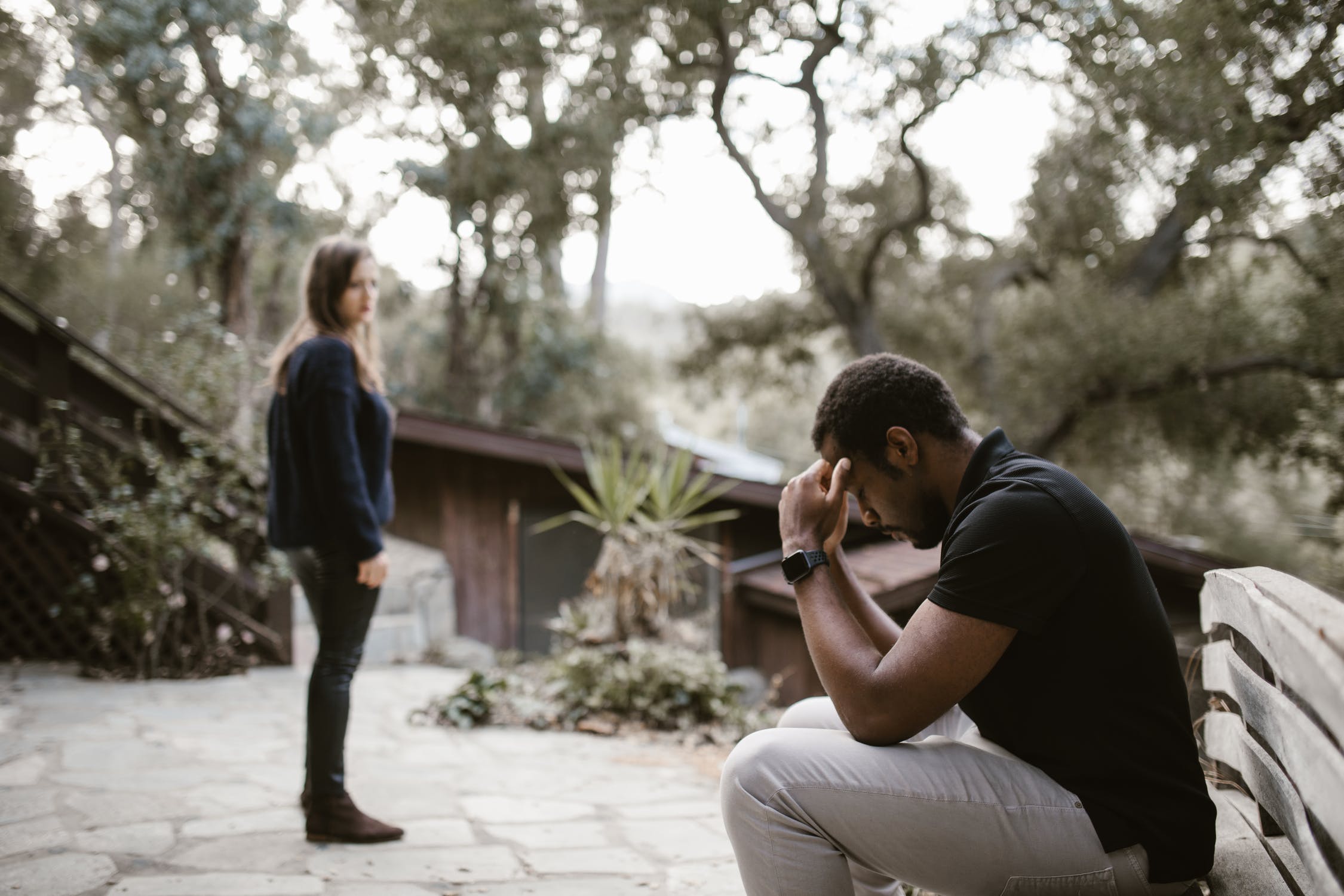 “There’s a trick to the ‘graceful exit.’ It begins with the vision to recognize when a job, a life stage, or a relationship is over — and let it go. It means leaving what’s over without denying its validity or its past importance to our lives. It involves a sense of future, a belief that every exit line is an entry, that we are moving up, rather than out.” ― Ellen Goodman

Relationships are one of the most rewarding experiences we can have as humans. Yet, they can also be one of the most painful when that relationship ends. Especially if it’s unexpected. Breakups are difficult and stressful, and what once made us happy often turns into the opposite. We are heartbroken, and we seek answers for what happened.

We, as humans, can also be quite complicated. We have a tendency to search for meaning when there is none to find, and that keeps us stuck in a place that leaves no room for healing or moving on. Many times, we take those complex feelings to the extreme, especially in relationships. In reality, many of the situations we find ourselves in are simple, but we make them difficult.

There are many articles on Medium and elsewhere about closure in relationships — what you should and shouldn’t say; signs to know when you have it; even “the secret” to getting it (maybe that’s why people are looking for it so much, you aren’t really supposed to know).

But what is closure?

In a review written in 1996 titled Motivated Closing of the Mind: “Seizing” and “Freezing”, authors Arie W. Kruglanski and Donna M. Webster state that the need for cognitive closure “refers to individuals’ desire for a firm answer to a question and an aversion toward ambiguity.” Furthermore, that need “may prompt activities aimed at the attainment of closure, bias the individual’s choices and preferences toward closure-bound pursuits, and induce negative affect when closure is threatened or undermined and positive affect when it is facilitated or attained.”

So, we seek a “firm answer to a question.”

Typically, that question is why?

Why did they break up with us?

Especially if we didn’t expect the breakup, that why is the question at the forefront of seeking closure. And when we seek the answer, that biases our choices.

We’ve all acted in stupid ways after a breakup. That’s normal. When hearts are involved, we sometimes leave our brains out of it.

However, the major problem I see is that we seek closure from the other person.

It’s that lack of clarity about why the breakup occurred that keeps us stuck in a loop of seeking closure. We search for meaning and look to the one who broke our heart to help close that loop. And often, we contact them in the search for a definitive answer because we believe that once we have that answer, we will feel better and be able to move on.

But all this does is keep us connected to that person and unable to get over the breakup. And what if the answer doesn’t make sense or you don’t get the response you wanted? It will only lead to more contact, hoping the reasons for the breakup will become clearer. When I found myself doing this, I realized it was because I didn’t want to move on. I wanted to stay connected to that person and seeking closure was an excuse to do that.

I am an overthinker. That description really doesn’t do it justice, but if there were a continuum for analyzing everything too much, I would be on the extreme end. And after looking back on my life and my relationships, I realized most of the problems which I was overthinking (and the answers to the questions I thought were unknown) were actually quite clear and right in front of me. The signs were flashing bright and blinding me; I chose to ignore them because I really didn’t want to know the truth, and mostly, I didn’t want to be thrust into the unknown of being alone. But when it comes to overthinking (and needing) closure in relationships, I’ve noticed it is a common problem for not just me, but for many.

But the answer is there, we just choose to not see.

It’s similar to mixed signals in relationships — the signals aren’t mixed, they are actually very clear; we decide to muddy them because it’s easier to be in a confusing relationship than to be alone. Right?

Processing that is up to you, and only you.

“Most things will be okay eventually, but not everything will be. Sometimes you’ll put up a good fight and lose. Sometimes you’ll hold on really hard and realize there is no choice but to let go. Acceptance is a small, quiet room.” ― Cheryl Strayed

Jeff Barton is a writer, ultra-runner, lover of books and zombies, a practitioner of positive thinking, and most importantly, a dad. Living and loving life one day at a time. You can find him at jeffthewriter.com and jefftherunner.com.