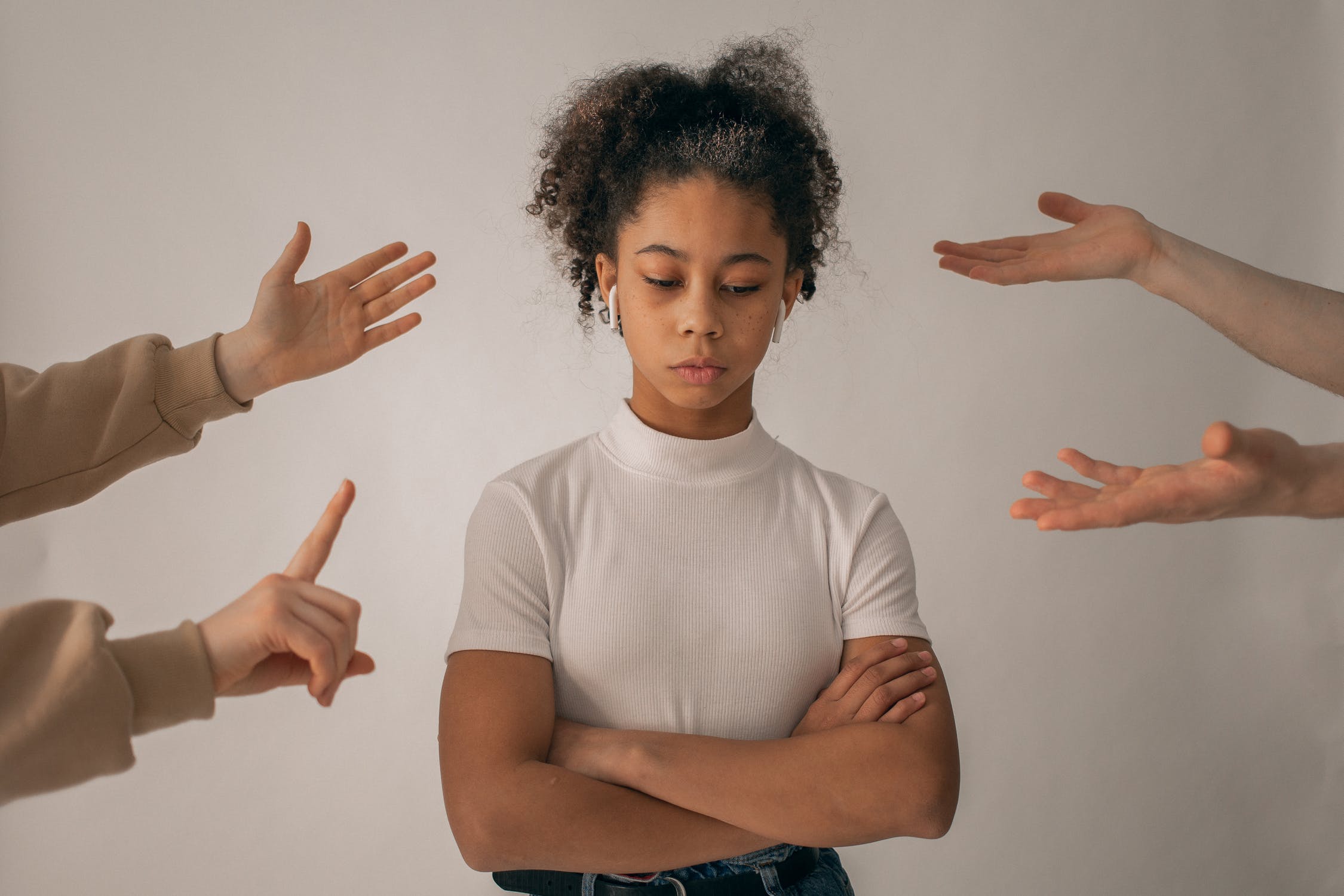 You’ve probably heard that kids need limits. I myself used to question this premise. But what I learned by watching kids is confirmed by research findings in neurology. As children are faced with the necessity to rein in their impulse toward something they want (for instance, to grab the toy from the baby), so they can have something they want more (a warm, happy connection with you), they learn self-control. So our limits actually teach kids to set limits for themselves, which is otherwise known as self-discipline.

“But I hate setting limits. It’s the worst part of being a parent!”

Some parents, the ones I might call permissive, tell me they hate setting limits, particularly when their children are toddlers and respond with great frustration. They hate the idea of causing their child more grief, they don’t want to incite a tantrum, and they certainly don’t want their child to be angry at them. Over time, though, they often see that their children do not develop the ability to tolerate frustration or to manage themselves. These children are often referred to by others as “spoiled.” Click here to read more about why Permissive Parenting sabotages your child’s development.

“I count to three and they jump. No raising a brat for me!”

Other parents boast that they have no problem in setting limits, and are proud of their child’s quick obedience to their directives. Their children often do well until high school, when it becomes apparent that they haven’t developed good judgment or the ability to think for themselves. Kids who have been raised in an authoritarian manner are more likely to go along with their peers, to become bullies or victims, to have difficulty managing their anger, and to become adults who are more prone to depression. Click here to read more about why Authoritarian, or Strict, Parenting undermines your child’s ability to develop self-discipline.

The Sweet Spot Between Permissive and Authoritarian Parenting

There is a middle ground that works. Research shows that children develop optimally when we set limits as necessary, but do so with empathy. Empathy makes your limit more palatable to your child, so she doesn’t resist it as much. That’s what allows her to internalize it. Kids need appropriate limits, but it’s how you do it that counts.

“Isn’t setting limits just having the courage to say No and enforce it?”

Yes. But setting limits with empathy means that you:

“But how do I decide which limits are really necessary?”

If you think about it, you already know the answer to this. Safety — for himself and others — is non-negotiable. Treating others with respect is important, although always a work in progress, as you teach him that he can advocate for his own needs without attacking anyone else. All other rules will change over time — he will have to learn to clean up his own messes, for instance, and not to interrupt you mid-sentence — but if you’re seeing things from his perspective, and keeping in mind what’s age-appropriate, you will know what he is ready to handle. You will also see what he needs — for instance, a good night’s sleep — and be prepared to enforce him getting those things.

So don’t go out of your way to create unnecessary limits, but don’t hesitate to set necessary ones. Just make sure that you have a terrific connection with your child so that you can offer genuine empathy, and he can feel it, while the limit setting is taking place.

“I have always followed the philosophy of attachment parenting and I am consciously trying to create an egalitarian home, not like the authoritarian household I grew up in. I want kids who think for themselves. I set as few limits as possible.”

If your children are doing well, that sounds great. But you should know that “Attachment Parenting” is about meeting kids’ needs for connection, and it does not preclude setting limits. In fact, I can’t think of an Attachment expert who does not encourage empathic limit setting. Click here for more on Attachment parenting and Limit Setting.

Giving kids more and more say over their lives as they gain maturity is certainly desirable, but we would not let a toddler make all his own decisions, and I would argue that most fourteen year olds are not yet ready to, either.

The key is that as a parent you need to feel comfortable setting limits when necessary. Studies show that kids raised too permissively become “difficult” – unable to manage themselves, inconsiderate of others, and unable to form mutually satisfying relationships. I’ve observed that many permissive parents are fearful of losing their child’s love. Although rejecting the authoritarian role is a good thing, rejecting the role of a parent is not. All parents have a critical responsibility to teach and guide their young. That necessarily includes setting limits. Click here for more on why permissive parenting doesn’t work.

“Okay, so we’ve established that limits are important. So why not just count to 3 and then start spanking? Why do we need empathic limits?”

Because studies show that when we try to control kids, especially punitively, they react with anger and resistance, as all humans do. All humans push back when they feel controlled. And limits are perceived as punitive, or at the very least as controlling, by the child unless they are offered with empathy. But kids are more willing to “follow” our guidance if we empathize. In other words, you understand why they want something, and they aren’t a bad person for wanting it, even if you don’t let them have it. For more on why Strict or Authoritarian Parenting doesn’t work, click here.

So while limits are an inescapable part of a child’s life, if your child perceives you as being unfair, or simply not understanding her perspective, she rebels. If there is too much frustration, she cannot overcome it constructively.

“So setting limits means you stop your child from doing something, but you don’t punish them for it. But if you stop them, isn’t that just the same as a consequence? For instance, if you don’t listen to Mom and stop throwing sand, we will have to leave the park?”

Yes, setting limits means sometimes you will stop your child from doing something. You may in fact have to remove him from the park. But if you do that as a punishment, he will get stuck in the injustice and in being angry at you, and the lesson is lost. If, instead, you just say “It was too hard for you to stop throwing sand. But throwing sand hurts people, so we had to leave. Soon you will be able to stop yourself, so we can stay and play. We can try again tomorrow.” That way your child will still be upset that he had to leave, but he sees you as on his side, and he sees staying at the park next time as within his power.

Setting limits is NOT the same as punishment.

Loving guidance and empathic limits help your child WANT to follow your guidance, so those good habits become part of who he is, whether you’re there or not. “Consequences” that are designed to punish? Just the opposite, because kids end up rebelling against them.

“But when I set limits, she has a tantrum!”

She’s allowed to have her feelings. It’s natural for her to feel anger and disappointment when we set a limit. Our job is to accept those feelings and love her through them. The more we do that, the less overwhelming her feelings are, and the less she’ll tantrum.

If we can’t tolerate her anger and sadness — in other words, when her reaction to the limit is not met with empathy — she learns that part of who she is is unacceptable, that there are ways in which she is shameful, and, what’s more, completely alone. As with any un-acknowledged emotion, the anger and sadness don’t just vanish, they go underground, where they are magnified and sow the seeds of depression.

“So we set the limit, and we respond with empathy to them not liking the limit?”

Exactly. If parents can provide an emotional “holding environment,” while also reinforcing the limit, the child has the freedom to rail against the limit, to cry and grieve about it, and finally to accept it and move on.

Moving on consists of letting go of that path and finding another, acceptable, path, for example, “I can’t play with Maggie right now; I’ll see her tomorrow.” It is firm limits accompanied by empathy that allow our children to experience their full reactions to the limits and come out on the other side.

The child learns that the world is indeed full of obstacles to her desires, but she isn’t left fighting that, which is what happens when the limit is not clearly reinforced. She grieves and then moves on, looking for another way to feel better.

She is also not left hopeless and depressed, which is what happens with authoritarian limit setting, which just makes her feel like a bad person.

She learns that she cannot always get her way, but she gets something better: someone who loves and accepts the full range of who she is. This unconditional positive regard becomes the core of unshakeable positive self esteem and stable internal happiness.

She also learns that she can tolerate her rage and misery and feel better afterwards. In this we see the beginning of resilience, as she considers other courses of action. “I can’t have my birthday party at the circus because we can’t afford it. I cried about it all day yesterday. But mom and dad seems to understand. Maybe they would help me design a soccer party in the park and let me have the girls stay for a sleepover.”

How Many Limits is Optimal?

“So does this mean the more frustrations, the better?”

No. First of all, you need to have a strong emotional bond for the child to accept your empathy. If she experiences you as sabotaging her happiness by creating frustrations, or arbitrary or unfair limits, she won’t accept your attempts to empathize. After all, you have the power to grant her desire, and you are refusing to do so, over and over. Second, kids have plenty of frustrating occurrences in their lives on a daily basis without you creating them.

“Is all this true for babies too?”

While most of this applies to babies as well as older children — i.e., sometimes you need to enforce a limit, such as not letting him stick his finger in the light socket, and you need to empathize with his disappointment — babies can tolerate much less frustration. They simply haven’t learned yet how to manage their feelings.

And since there is increasing evidence that moods in infancy lay the groundwork for mood habits later in life, you want to minimize the amount of time your baby spends unhappy. If she gets used to being unhappy, she will think unhappiness is a normal state and do her best to recreate it throughout her life. So with babies, it is always best to minimize frustration.

“But my baby gets into everything now that she can crawl!”

Of course, you can’t give her everything she wants, but luckily babies can generally be distracted. Babyproof and stay a step ahead of your baby. You will find yourself gradually increasing your limit setting as your child moves from babyhood to toddlerhood to preschooler, because it becomes clear both that appropriate behavior demands it and that she can handle it. And don’t forget: She’s not trying to drive you crazy, and she’s not bad for wanting something, even something that is patently impossible. What your baby needs is your empathy when you have to say no.