07 Dec How to exercise safely with an acquired brain injury

Posted at 07:00h in Disability by Exercise Right

Acquired brain injury (ABI) refers to damage to the brain that occurs after birth. Causes include trauma from an external force (e.g., a direct blow to the head), hypoxia (lack of oxygen to the brain), substance abuse (e.g., alcohol), and tumours or infections (e.g., meningitis). Two other major causes of ABI are stroke and neurodegenerative conditions.

Consequences of ABI may include:

However, the functional profile for a person with ABI can vary enormously, from someone who, for example, mobilises with a motorised wheelchair, is non-verbal and depends on personal support for self-care, to someone who is fully independent in employment, self-care and mobility.

ABI is common, with around 1 in 45 Australians (432,700 people) living with an ABI with activity limitations or participation restrictions due to disability. Almost three-quarters of these people are aged less than 65 years.

ABI prevalence increases with age, with people aged 65 years or over more than twice as likely as to have ABI with activity limitations or participation restrictions. The rates of ABI are also higher for males than females at all ages.

THE BENEFITS OF EXERCISE

People with ABI are among the most physically inactive members of society, and those with severe brain impairments are less active than those with mild to moderate impairments.

This physical inactivity is harmful for health, fitness and function, and compounds the primary impairments resulting from ABI.

There is strong scientific evidence to indicate that:

Exercise can also alleviate depressive symptoms as well as improve other aspects of mood and quality of life for people with ABI. Importantly, exercise, particularly in group settings, provides structured opportunities for social interaction and development of social skills. 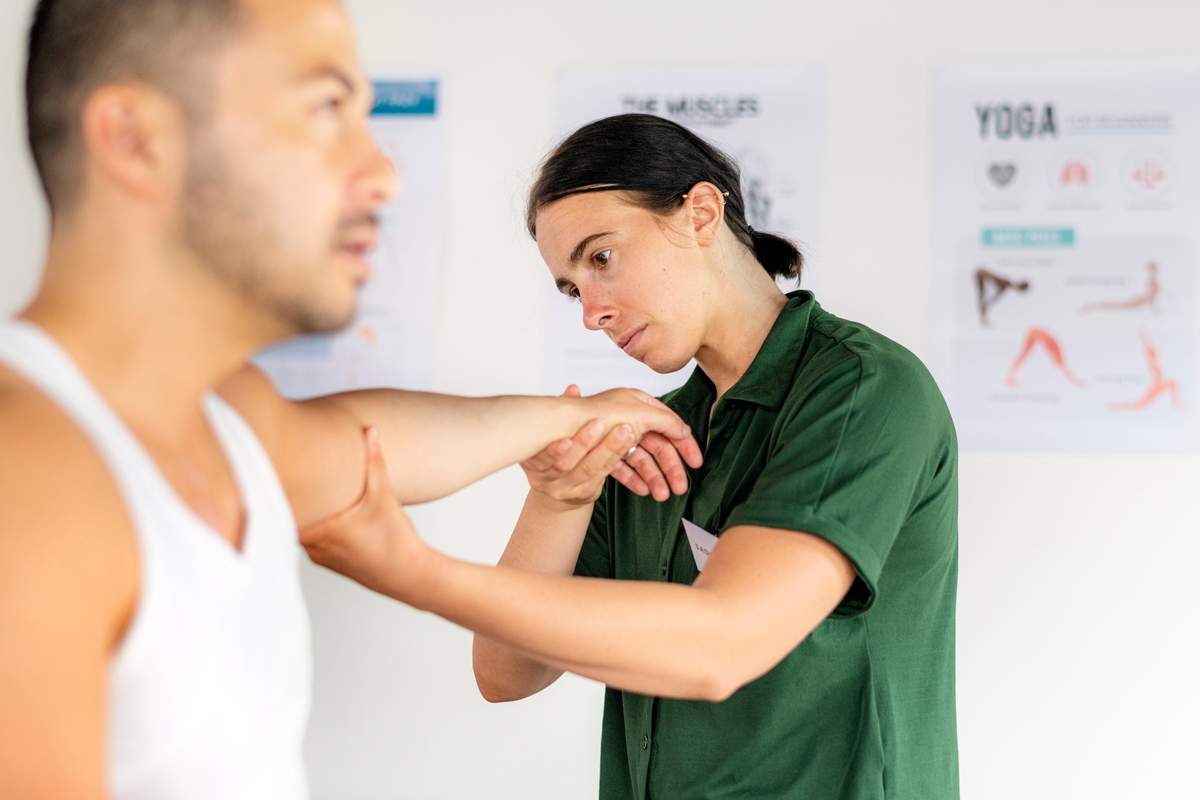 Because the effects of ABI are very variable and the quantity and quality of research on this population is limited, specific, prescriptive recommendations for exercise programs are not possible. However, some general recommendations can be made.

People with ABI are encouraged to be as physically active as they can. For optimal health, the recommended volumes of aerobic and strength exercise are the same as the general population:

For people with functional goals, exercise programs should incorporate functional activities (e.g., ease of sit-to-stand, walking speed or walking duration). Additionally, exercise which provides opportunities for social interaction should be encouraged where possible.

SPEAK TO THE EXERCISE PROFESSIONALS

These recommendations may initially be unrealistic for many people with ABI, particularly those with severe mobility impairments, multiple comorbidities and/or those who have been inactive for extended periods. Therefore, it is recommended that an Accredited Exercise Physiologist is involved in the program design and that they use their knowledge, skills and experience to ensure that initial training volumes and subsequent increases in training volume are individually tailored for the person with ABI.

Click here to find an Accredited Exercise Physiologist near you.