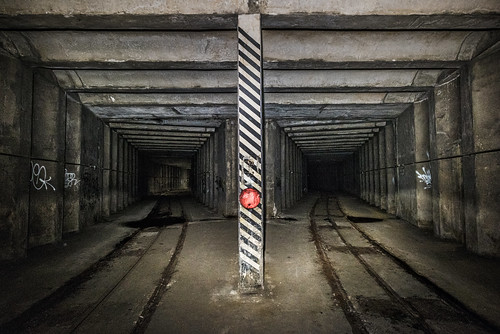 It is said that people come to mindfulness either by way of a whisper or a scream. I think it’s fair to say that I came to the practice via the last-chance-saloon route. I was drowning, not waving. Screaming, not whispering.

One morning, in mid-December 2012, whilst walking my dog in a Brighton park, I found myself plotting how I was going to kill myself. There was nothing dramatic about it. In fact, when I look back to that moment in the park, it’s the casualness of my approach to suicide that I find most chilling.

As my spaniel scampered about doing what dogs do in parks, I coolly planned my exit. There would be letters to write: to my children; to my friends; to any family members that I still cared about. I’d need to find someone to take care of my dog.

Three days after that walk in the park I sat and meditated for the first time. My life was about to undergo a sudden, radical change. Nothing would ever be the same again. I was about to start learning how to live. 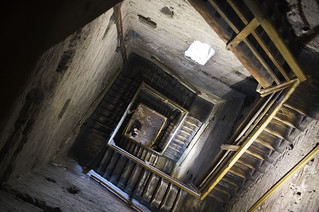 The mindfulness writer/teacher Ed Halliwell talks about how, for many years, he sensed a kind of rumbling under the floorboards of his life. Some of you might be familiar with that kind of rumbling. Nothing you can quite put your finger on. A vague but insistent feeling that things aren’t quite right. A feeling that grows and grows.

For many years, my experience was very similar to Ed’s. As far back as I can remember, I’d always lived on the edge of anxiety, prone to panic attacks and spells of depression. I worried about everything, including worrying itself. By the time I reached adulthood, I’d become so accustomed to feeling anxious that it became completely normal. I’d reached a point where I couldn’t imagine a life without anxiety. Somehow I held myself together.

On the face of it, life in my twenties, thirties and forties was tickety-boo. A successful, well-paid journalist, my job basically involved travelling the world interviewing A-list celebrities. A typical day at the office for me was sitting by a Hollywood pool, shooting the breeze with the likes of Robert Downey Jr. or Paul McCartney. As I jetted off on yet another trip to yet another fancy location, my friends would tell me that I had the life of Riley. But that underground rumbling never went away. In fact, it was getting louder and louder.

Towards the end of 2012, as I approached my fiftieth birthday, the rumbling was deafening. Yet another catastrophic romantic relationship had hit the rocks. Work was drying up. I was in big financial trouble. I was in the middle of three major health scares. My home situation had become untenable. My drinking was out of control and I was sleeping with difficulty. My days were taut with anxiety, heavy with depression. Quicksands of disquiet on all sides. The life I was living was unsustainable. And that’s when I found myself wandering around a park, calmly contemplating suicide.

Then I discovered mindfulness.

Ask me about my life and I’ll talk about two very distinct chapters. There’s my life before mindfulness. Then there’s everything that came after. When I think about my old life, I can barely recognize the person I was – perpetually anxious, often depressed, constantly seeking something outside of myself to give me peace of mind, contentment, meaning. Meditation changed all that.

Mindfulness is not for everybody and, even those who catch the habit, may warm to it slowly, taking weeks or even months to notice any sizeable benefits. 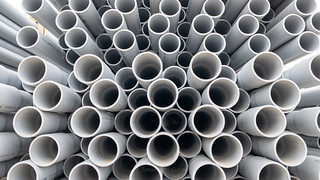 For me, it was immediately transformative. Halfway through my first sitting meditation, I remember thinking, ‘This is what I’ve been looking for all my life.’ Within the first few days of meditation practice, I noticed that I was travelling that little bit lighter. Within a few weeks, I started to realise that I wasn’t feeling remotely anxious. I could see that I was disengaging from my old mental habits. I was no longer feeding my old reactive patterns. Uneasy thoughts about the past and the future had lost their magnetic pull. I was finding it easier and easier to experience the present moment as it really is.

In meditation, I discovered the kind of quiet spaciousness that I’d been looking for all my life. With practice, I learned how to carry that quiet spaciousness away from the meditation bench and into the rest of my day. Truly, it felt like I had found an entirely new way of being. It felt like I had finally come home to myself in a meaningful way.

These days, sitting around pools with Hollywood stars and rock legends is as much a distant memory as the almost constant sense of unease that defined my old life. I’m grateful for much of that old life, for all the adventures, for all the meetings in far-flung locations with feral hellraisers and wild-hearted outsiders. But I can see all too clearly that I was present, genuinely present, for very little of it.

Mindfulness radically transformed my life and I figure that, if it could transform my life, then it can transform anyone’s life.

So we start right here, exactly where we are, and not from where we would prefer to be. When we are centred in our own lives, when what is actually happening is not muddled by the mental overlay of worries, concepts and preconceptions, we might be able to see that there is nothing wrong with this moment. It simply is what it is. And it’s nothing to be afraid of. As soon as we realise that, we can stop running away from our own lives. Just as I finally stopped running away from mine.

If not now, then when?

A child of Pembrokeshire, Jon spent 35 years working as a journalist, specialising in celebrity interviews. In 2016, he qualified as mindfulness teacher. He now divides his time between teaching mindfulness and mentoring people in recovery and on the homeless pathway. He also works as a Recovery Motivator. He is the co-author of the mindfulness book, The Turning Point. Now aged 59, he lives in Brighton.

Jon can be contacted at jonwilliamwilde@gmail.com

Our aim is to promote mindfulness.