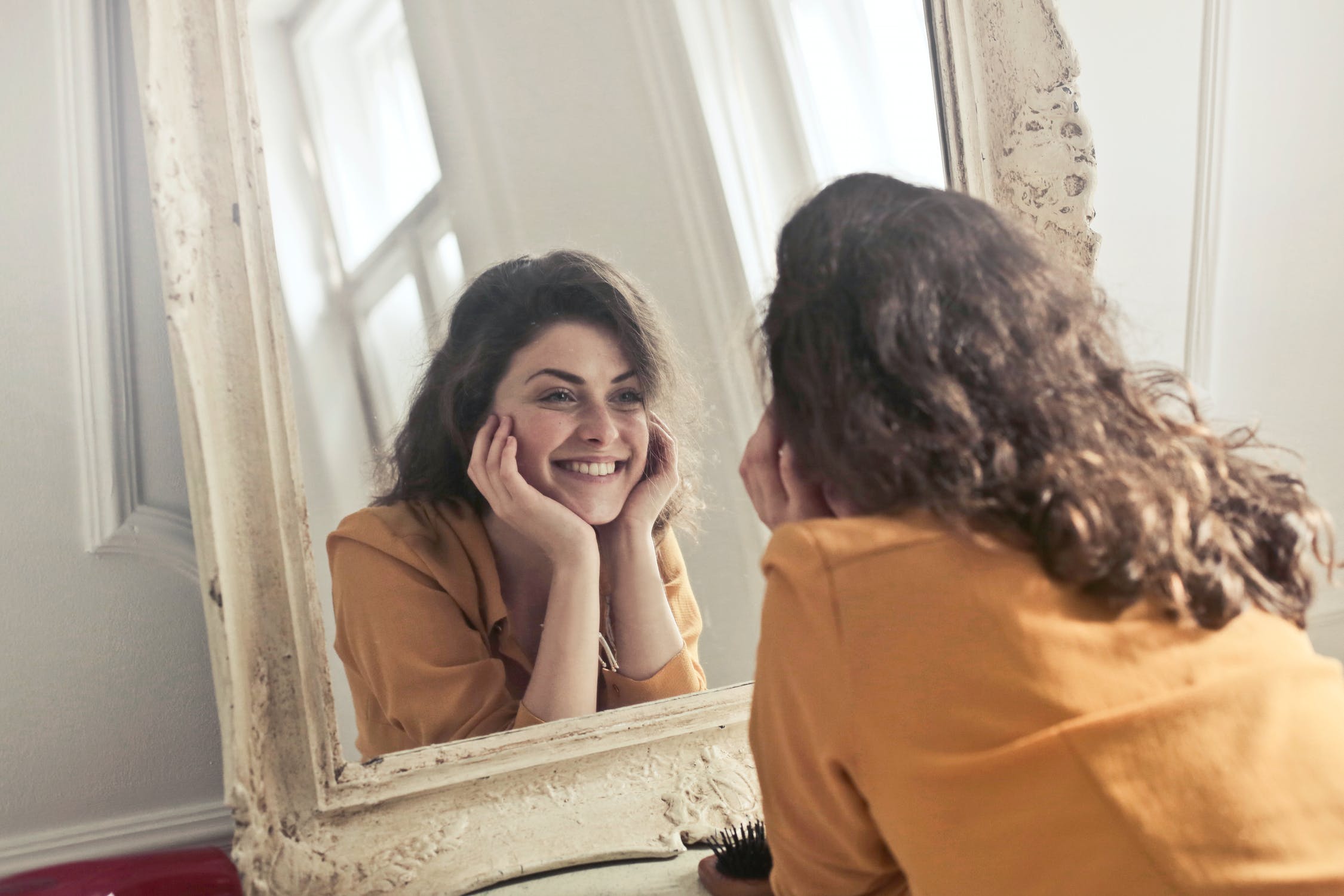 And because most consequences aren’t immediate, many of us are more apt to ignore the promises we make to ourselves, right? I mean what relationship are we really messing with if we watch another episode, have one more drink or dark chocolate chunk, digest too much news, quit the dating sites (again), don’t get on that Peloton, etc.?

Who’s getting fired or dying from any of those?!

However, dot, dot, dot, every time we don’t do what we say we’re going to do (in our terms, break a promise to ourselves), it actually does kill a part of us, but a less obvious part: our own trust in ourselves.

The key to getting to the Promise Land?

Figuring out the right self-imposed consequence is a way for us to get accountable to our dreams. If rewarding ourselves worked, it would have. It seems we humans do just fine living without the stuff we want, no? What’s another year or decade without {fill in the blank}? BUT take something away from us that we’re used to, feel deserving of, and are anticipating – well then, that’s a whole other story. Take away that nightly wine, that cream in our coffee, or skip Netflix, Apple, HBO Max, or even Hulu (!) for a week. Well then, watch out. There’s almost nothing we wouldn’t do to keep our promise.

And that’s the point.

Consequences should sting enough to make you think twice before you bypass your promise and buy your own BS (i.e. blame, justify, or excuse). They should have a sense of humor about them and should annoy the crap out of your inner brat and chicken. So much so that you keep your promise.

Here’s a good example of how to keep a promise to yourself:

1. Make your promise specific and measurable

2. Tell your kids (or someone equally as reliable and/or irritable)

As sadistic as you may think we are (especially when you haven’t kept your promise!), we promise we are not out for you to pay your consequence (okay, maybe some of the really funny ones). We’re out for you to do what you said you’d do.

P.S. Inner.U LIFE is a 12 session online course that gives you the tools to hack into your own life, hone your dreams, and have every last thing you want in the areas that matter most to you: CAREER, MONEY, LOVE, TIME, FAMILY, and HEALTH. Do this life thing better from wherever, whenever.

Marnie Nir is Senior Vice President & Chief Content Officer and Expert Life Coach with Handel Group. She finally returned from Florida (a period in her life she likes to refer to as “witness protection”) to her home state of New York, but has shuffled around from New York to California and back again throughout her life. Marnie’s professional and personal life have come full-circle as well. A student of Slavic Language and Literature at UCLA, Marnie graduated with a BA and an understanding of Russian Literature as “purification through suffering”. Years later, after several jobs in publicity and production, most notably for the Teenage Mutant Ninja Turtle live tour (can’t make this stuff up), she began to see that, at least in her own life, suffering was not mandatory.  After marrying and giving birth to her first child, Marnie started coaching with her sister, Lauren Zander, creating the dream of who she wanted to be as not-her-mother. However, her work with Lauren took everything in her life to a much deeper level. More than a decade later, she is now an empty nester of two, co-author with Lauren Zander of Maybe It’s You, SVP of Chief Content Officer, and an Expert Life Coach in The Handel Method. She has also continued her creative work, namely as co-creator of the animated series Mother Up!, which aired 13 episodes on Hulu and starred Eva Longoria, serving as an expert at Campowerment, blogging for the Huffington Post, as well as writing her own blog (The Sour MILF).