Posted at 08:06h in Well-being by Suari Price

When it comes to habits, we’re all aware of the good ones and the not so good ones. The mantra ‘old habits die hard’ can be all too true! If we’ve developed a habit of sitting on the couch, or grabbing a couple of biscuits with every morning coffee, those patterns are always there tucked away inside our heads.

Being aware of our habits is one thing, but changing them…that’s where things can get tricky. As an Accredited Exercise Physiologist with over 10 years experience, I’ve assisted many patients to not only establish a healthier relationship with exercise and physical activity, but also improve their mindset around health and well-being that will last long into the future. Those who develop a habit for regular exercise are the ones best placed both in the short and long-term.

I’d like to share four techniques to help you form healthy habits, achieve your wellness goals and live the lifestyle you desire.

1. Link an action with the expected reward

Let’s investigate the importance of cravings in creating habits, using the example of exercise. In 2002 researchers at an American University studied 266 individuals, most of whom already exercised at least 3x per week. They discovered that many of them started exercising or lifting weights almost on a whim, or because they wanted to deal with unexpected stress. However, the reason they continued (essentially, why exercise became a habit) was because of a specific reward they began to crave.

Of one group of participants, 92% stated that they continued exercising as it made them “feel good” – they grew to enjoy and crave the feel- good endorphin hit exercise provided. Of another group, 67% said working out gave them a sense of “accomplishment” – they began to crave tracking their performance and seeing improvement. It was this progress tracking and self-reward that helped rubber stamp exercise as a habit.

The take away message is that when your brain starts expecting a reward, for example lacing up your joggers with an endorphin hit, or lifting weights and tracking a new personal best lift, preparing for exercise and hitting the gym will become habitual.

2. Replace the routine to get the reward

When it comes to breaking old habits, let’s look at the research behind habit loops. Here’s a common habit loop that you may recognise. 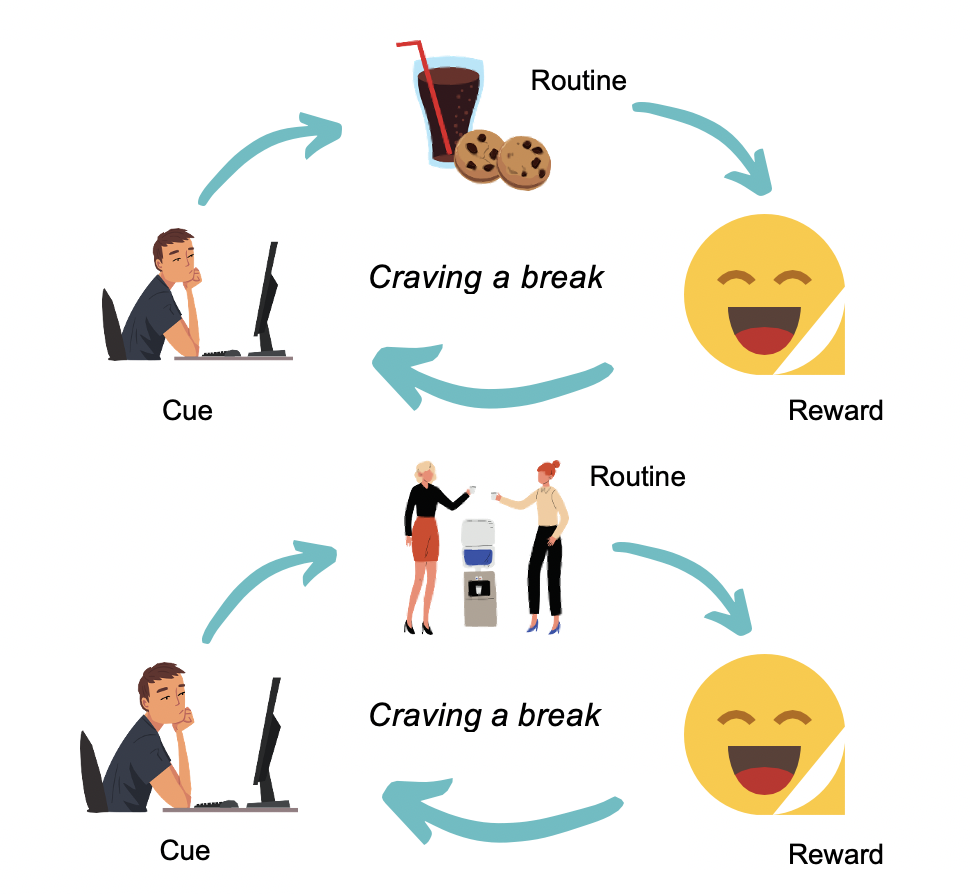 In this example, the bored person isn’t craving a coke and afternoon biscuit, they’re simply craving a break from work. Once aware of the ACTUAL craving, the sugary snack can be replaced with a walk to the water cooler and a quick chat with a colleague.

Another effective strategy to replace current, less healthful habits with more health supporting habits is to start writing down your food intake. Not for a full week though, simply for one day. In 2009, a group of researchers assembled a group of 1600 obese people and had them document their food intake for at least one day per week.

It is reported that although initially the subjects forgot to record their meals for even one day per week or missed certain details, they began to fall into a habit of recording this information. Then, to the researchers surprise, the participants began to identify habits, for example snacking at 3pm in the afternoon. Once identified, it was easy to ensure healthier choices were within reach at this time. Others began planning more healthy dinners in advance rather than grabbing takeaway on the commute home. Others extended the food diary to every day of the week. Six months into the study, those who kept daily food records lost twice as much weight as those who did not! 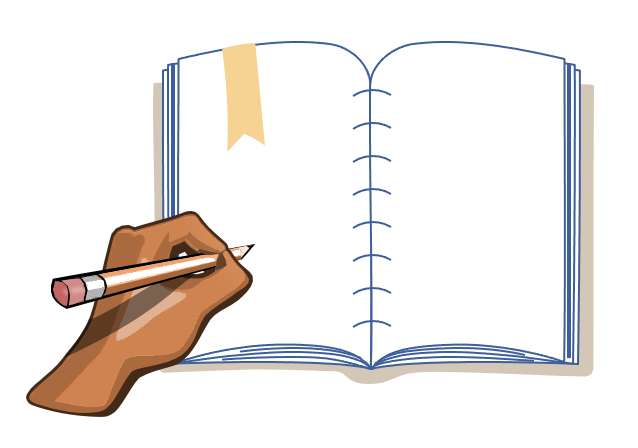 4.Plan for success, engage support and have a go!

Fortunately however, every habit is changeable, malleable and modifiable. To achieve this step and modify a habit, you must decide to change. It must become a conscious shift, at least initially, to set the alarm, lace the shoes up and go for that morning walk; to grab your gym gear and get in the car to drive to the gym; to choose that healthier snack at 3pm. It will be challenging at first, but habits soon become routines. There is no substitute for action and simply having a go.

Visualise a time in the not too distant future when you can’t imagine a day without movement and physical activity!

Click here to find an Accredited Exercise Physiologist near you.