A little girl was melting and screaming in agony. Her brother was trying to help her but couldn’t.

I showed Josie a movie of Hiroshima when she was about five years old. Mistake.

Josie woke up crying and hitting her pillow at three in the morning. I held her and talked her to sleep.

Stupid stupid me. Showing her that movie. (“Barefoot Gen”).

When I first got divorced I was broke. I was unhappy. I am the type of person who doesn’t like to be alone.

But the worst thing was thinking that when my daughters were crying, I wouldn’t be there to talk them to sleep.

I knew they would inherit it.

The overwhelming fear and anxiety that hit me at 3 in the morning every night for almost 40 years.

I spent last week with Mollie in London and Paris.

She asked to go with me on the trip. When will that ever happen again? Maybe never!

She had had a hard time recently and I wanted to give her a nice treat in return. So on a work trip, I took her.

Every kid has a hard time in life. It’s hard to figure out the rules of being an adult.

Because there are no rules but everyone (parents, teachers, friends, family, society, culture, Instagram “influencers”, media, etc.) tells you there are rules.

How do you teach someone there are no rules?

And I wasn’t going to teach her new rules. There’s no way to tell a teenager, “you can’t do this!” Or “you’re wrong”.

Mollie is wrong about everything. But so am I.

When I grow up I want to be Mollie.

I cried when we landed and I hugged her goodbye.

But, for once, the future feels better to me than the past. 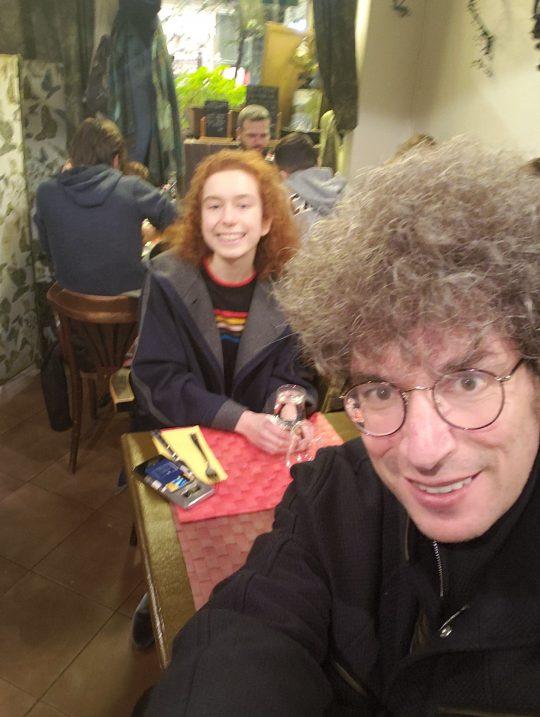