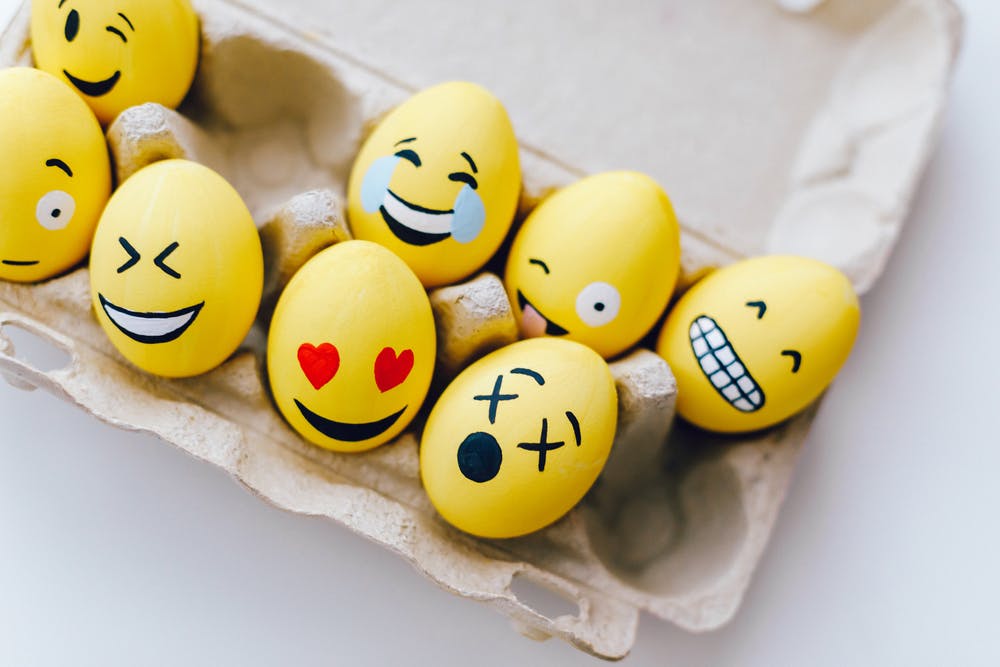 The two-dimensional model of emotions is a simple but helpful way to classify your emotions and better understand them. It categorizes emotions based on their degree of “valence” and “arousal.”

There are many different dimensions to our emotional world.

While there are countless ways to breakdown and classify emotions, one helpful model that is well-known in psychology is the two-dimensional model of emotions.

It’s a simple model but it provides a useful framework for analyzing your emotions and the potential function they serve in your life.

In the two-dimensional model of emotions, emotions are seen in terms of two factors:

Every emotion can be classified based on its degree of valence and arousal.

On the arousal dimension, emotions are typically viewed as “energizing” or “lethargic.” For example, fear and anger can be seen as negative emotions, but they are also energizing emotions because they activate your nervous system and motivate you to take action. In the opposite way, relaxation and contentment are seen as positive emotions, but they also tend to be lethargic emotions that cause you to sit back and not take action.

Just as with the “valence” dimension, the “arousal” dimension describes the subjective experience of an emotion – it’s in no way a judgment of that emotion.

Let’s now take a closer look at how other emotions fit into this two-dimensional model.

Here’s how different emotions fit into this model. Each of the 4 sections represents a certain type of emotional experience (although each emotion has its unique flavor to it). 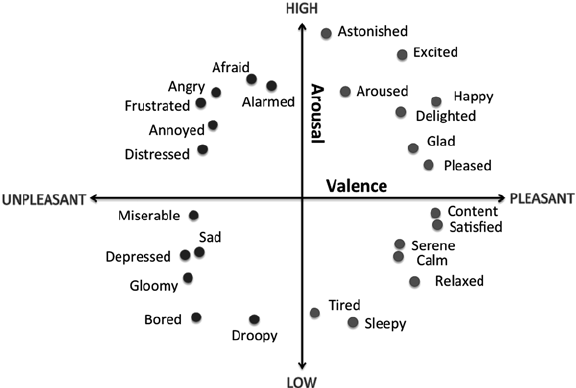 As you can see, emotions that are both high in valence and arousal include “astonishment,” “excitement,” “happy” and “delighted.” These are all emotions that not only feel good, but also energize us and make us feel alive.

Emotions that are both low in valence and arousal include “sad,” “miserable,” “gloomy,” and “depressed.” These are all emotions that not only feel bad, but also make us not want to do anything (which can probably make them that much more self-fulfilling).

In truth, no specific emotional experience is “good” or “bad,” what matters is the context behind that emotion, how you interpret it, and how you choose to respond to it.

I believe that knowledge of the two-dimensional model can help you respond to your emotions in a smarter and healthier way, because they often reveal the underlying function or purpose behind that emotion.

Helpful Guidelines Based on the Two-Dimensional Model

Here’s a simple guideline for how to respond to each of the 4 categories of emotions.

While every emotion is unique and requires its own response, this breakdown can give you some direction and insight into how to respond to certain types of emotions.

These are rough guidelines, but hopefully they give you some idea of the different ways you can respond to different emotional states.

The first step is to identify which category of emotions you tend to struggle with the most. Then devise a better plan for how you can respond to those emotions in the moment, without letting them takeover.

Overall the two dimensional model of emotions is a very simple but helpful framework for analyzing our emotional world and learning how to better navigate it.

The post Emotional Valence vs. Arousal: Two-Dimensional Model for Emotions appeared first on The Emotion Machine.