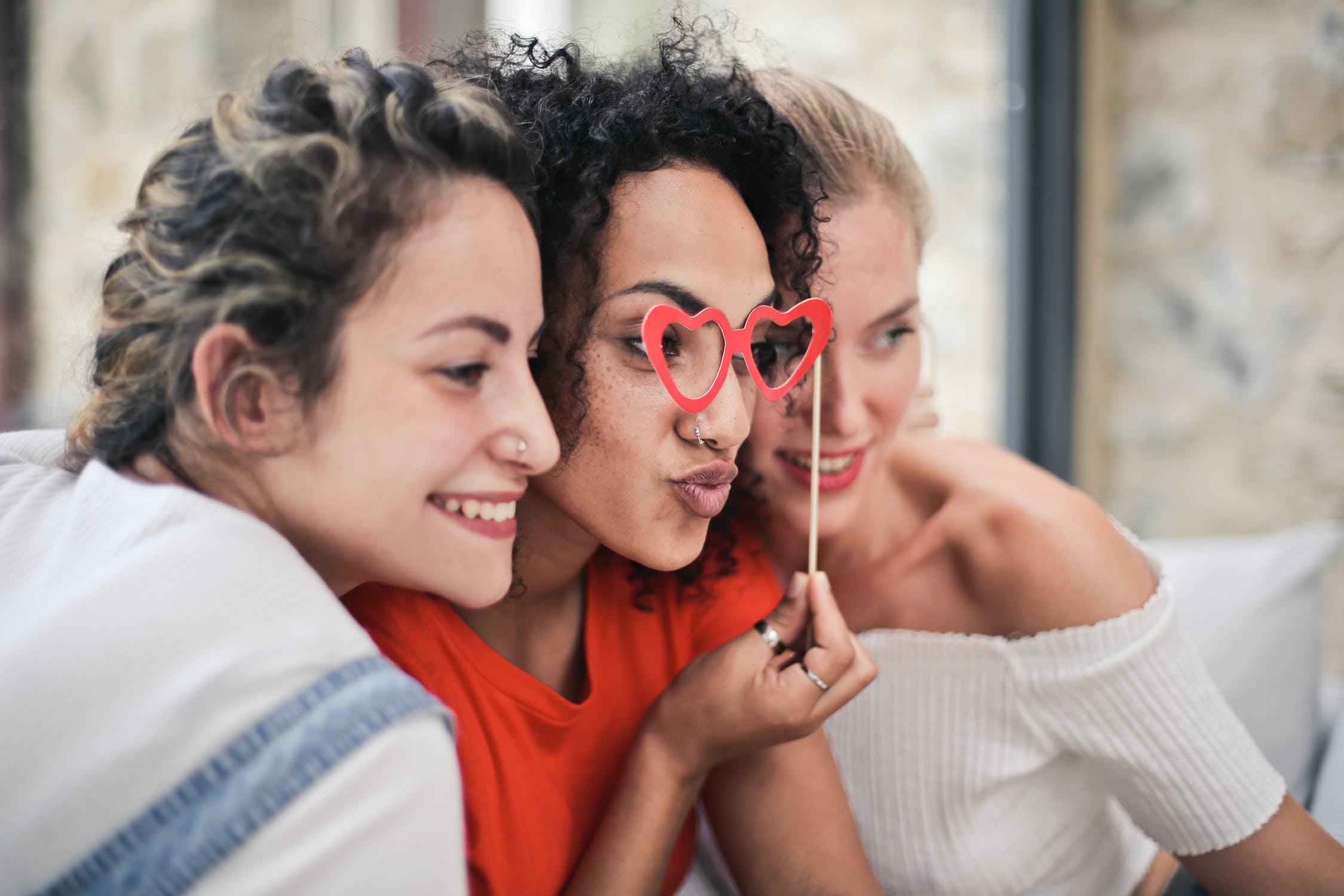 I’ve told my friends to break up with bad partners many times before. I know all the signs, blatant and subtle, and I’m quick to call them out.

But fake friends? They fly under the radar all the time. (For my part, it’s usually because I’m so eager to be liked that I rationalize any kind of crappy behavior from my so-called friends. )

From long, painful, and bitter experiences, I know these five warning signs mean you’ve got a fake friend on your hands. They’re easy to ignore, especially if you have suffered from low self-esteem like I have, but the sooner you spot them, the sooner you can focus on your real friendships.

You’re only there to act as a mirror to them.

When I was a kid, my neighbor Steph was always trying to prove that she was better than me about the most ridiculous stuff, including informing me that her mom was prettier and her fridge was colder.

Competitive friends can help you push yourself, but if all they want to do is compare and come out on top, you’re not a real friend to them — you’re an insecurity blanket.

Steph invited me over all the time, and I kept saying yes because I had this fantasy in my head of two neighbors who grew up to be best friends and attend each other’s weddings, etc. Finally, after my mom asked me why I was so glum every time I got back from Steph’s, I realized it was because every time we hung out, it was a chance for her to feel better about herself at my expense.

“I’ve been having a really hard time with food lately,” I confessed to my friend Taylor. “I think I might have…something going on. Like an eating disorder or something.” It took me so much courage to say those words, and Taylor repaid my trust by immediately launching into her own spin on things.

“Yeah, I know, I’ve been feeling really fat lately as well,” she said as she glanced meaningfully at her belly. “We can be diet buddies.”

This is one particularly horrific example of a fake friend, but it exemplified something Taylor did a lot: turned everything I said into something about her. We love to talk about ourselves, sure, but a good friend knows when to actually listen and hear what you’re saying. Fake friends will take without ever giving back.

They hype up your evil twin.

I’m not perfect — I’ve done some of the stuff on this list. Nobody is 100% good all the time. But where good friends call you out on your bullshit, bad friends will encourage your worst traits just so you put on a show for them.

This is one I’ve been guilty of. In college, one of my friends Nathan was a massive gossipmonger. I loved to egg him on to be judgmental about everyone, and if he ever tried to be positive, I’d drag him right back down to his normal bitchy self. I was a fake friend.

I hope I’ve improved since those years, but as they say, it takes one to know one. If you find you’re giving in to your worst self when you’re around your friends, consider that you’re not really their friend — you’re just their private entertainment.

If a man only called me when he wanted to bang, I’d label him a d-bag and block him. But when friends only call you when they need you, you feel special and proud for being their lifeline.

When I was in college, I was friends with some people in the cool crowd. I did a lot of things I’m not proud of, and in return, I got to hang out with them. Looking back now, and knowing how many times I cleaned up someone else’s vomit, or took the blame for something I didn’t do, or went to a restaurant early to save us a table, I see the reality. I was the person they could count on to always be there.

If you’d asked me then, I would have viewed that as a badge of honor. Now, I know I wasn’t really a friend; I was a useful hench- person.

If you’re a young adult, it’s super easy to feel like boundaries are a joke. I certainly felt like truly cool and edgy people were up for anything.

I met this girl in a club when I was sixteen, and quickly fell into bestie-dom. Every time I went out, I ran into her and we would hang out the whole night. But when I was with her, my boundaries were constantly eroded. Ultimately, I can only blame myself — I could have said no to smoking or to that fifth shot of Jaegermeister. But she pushed me, and I said yes.

Spoiler alert: the girl from the bathroom whose name I never learned was not a real friend. But honestly, the experience made me learn that fake friends will easily cross your boundaries. A good friend will understand when you don’t want to drink, smoke, or go out. A fake friend will always care more about themselves than those lines you’ve drawn.

I know it’s all the rage to write about the crappy things people do and label them toxic (sorry, guilty) but most of us have been the collateral damage of fake friendships before. It’s a very fertile writing ground.

If you scan through my list above, you might notice a common theme — low self-esteem. I certainly struggled with confidence in my youth, which meant I let people walk all over me. Now, I don’t waste time on these people, but back then, I really thought all those things above qualified as friendship.

I’ve taken advantage of people before, and I’m sure you have too, reader. It’s part of being human. These signs don’t mean your fake friend is a terrible person (or that you’re a terrible person/fake friend). It just means your friendship isn’t genuine — or at the very least, could use a little work.