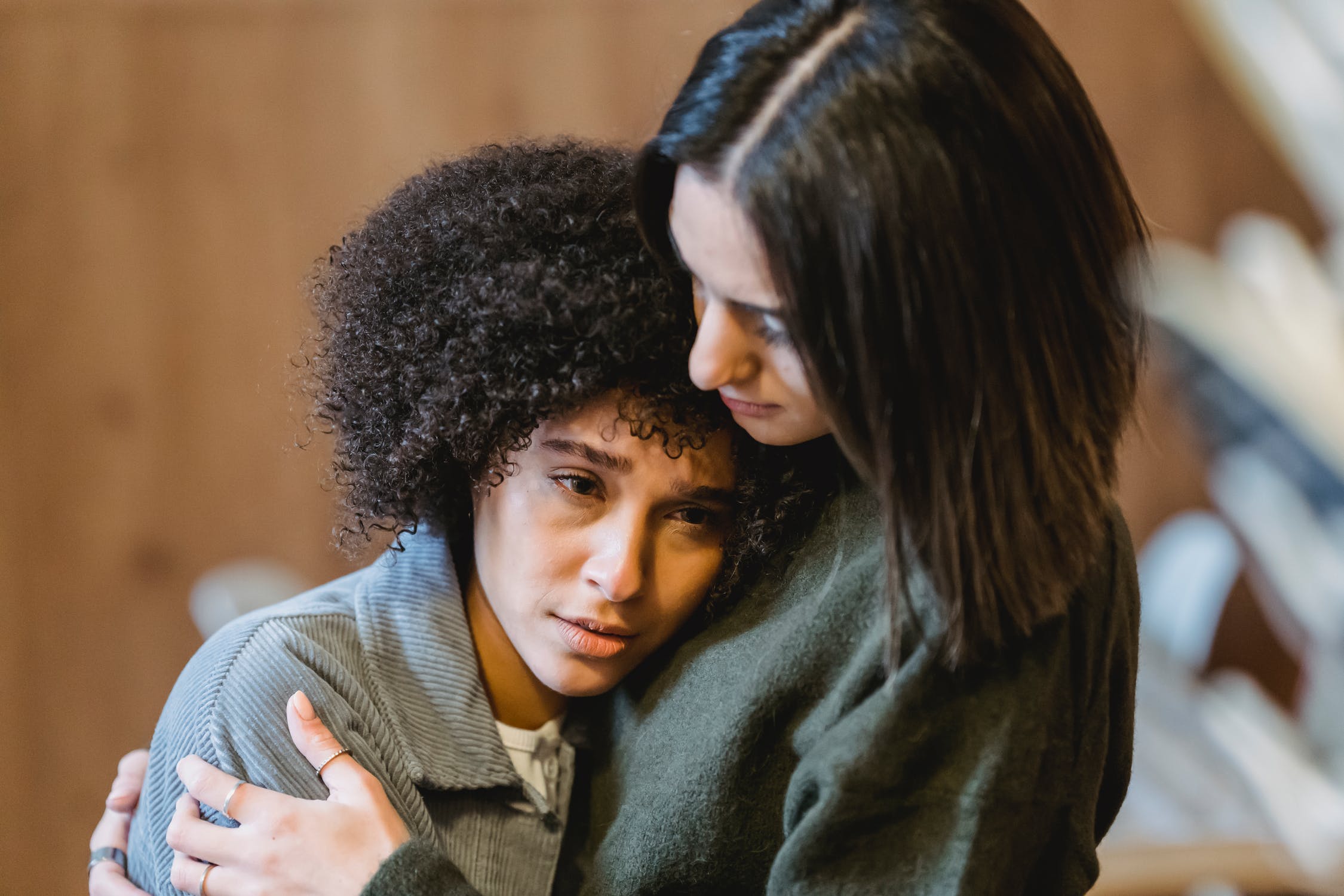 We all know the signs of bad romantic relationships — controlling behavior, jealousy, insecurity. Breaking up with a toxic boyfriend or girlfriend is pretty standard. But for some reason, crappy friends often get to fly under the radar with awful behavior that we tolerate for no real reason.

Friendships make our lives just as complete as romantic partners, and so you should be just as careful about finding good, supportive friends as much as you would a good spouse or partner.

These 13 warning signs are often ignored when it comes to friendships, but they’re often symptoms of a deeply uneven relationship.

When I was younger, one of my neighbors was always trying to prove that whatever she had was somehow better than what I had. Her mailbox was taller, her snacks were tastier, her lipgloss was glossier.

Competitive friends can help you push yourself, but if all they want to do is compare and come out on top, you’re not a friend to them — you’re a way to bolster their insecurity.

Have you ever felt like you were constantly on the verge of saying something that your friend would take too harshly? If you’re always walking on eggshells around your friend, it might be a sign to get out.

“Being passive-aggressive is a form of power,” says therapist Marissa Nelson. “It’s a form of maintaining power in relationships because they don’t know how to be vulnerable.” In other words, they choose to be offended to stay on top in the relationship.

3. Everything is about them.

“And that was the worst breakup of my life,” I concluded to my then-friend Sara, tearfully.

“If you think that was bad, you should hear how Dylan broke up with me last summer,” she immediately responded, and launched into her own anecdote.

Friends who are unable to celebrate and support you without somehow turning it around so it’s about them don’t want a friend. They want a backdrop for their lives. And you can do better.

4. They encourage your worst traits.

Nobody is 100% good all the time, and I certainly won’t pretend to be either. On occasion, I can gossip, or be judgmental and lazy.

Good friends call you out on your bullshit. Bad friends will goad you on for their entertainment, encouraging your worst traits just so you put on a show.

5. They only call you when they need you.

If a man only called me when he wanted sex, I’d label him a booty caller and move on with my life without him. But when friends only call you when they need you, they often get a pass. Being a good friend can sometimes feel like you have to support your people no matter what.

However, when “no matter what” turns into “always when they need me, and never when I need them,” that’s not a friendship. That’s a sign that you’re serving as a free emotional counselor.

When you share a confidence with someone, it’s a deep act of trust. You’re putting valuable information in someone else’s hands. If your friend is consistently violating that trust, you’re not a friend to them — you’re a source of social information for them to leverage.

I’m not proud, but I used to do this. In my college circle of friends, desperate to be liked, I was a real gossip-peddler. People came to me when they wanted to know what was going on. Eventually, people stopped talking to me about their problems and issues because they knew I couldn’t be trusted — I was a bad friend.

7. They try to manipulate you.

It’s a real shame that the most charming and charismatic people are often the most manipulative, but it’s true. With these bad friends, you find yourself doubting your internal compass or judgment. That’s on purpose.

“You may begin to feel dependent on him or her for their opinion, doubting your own,” Nancy Irwin, PsyD, of Seasons Rehab Center tells Greatist magazine. Effectively, these friends will go to any length to put you deeper under their spell.

8. They don’t respect your boundaries.

Especially if you’re a young adult, boundaries feel like a bit of a joke. You can easily get the impression that truly cool and edgy people are up for anything — if you’re not, you’re a loser.

But boundaries matter at any age. A good friend will understand when you don’t want to drink, smoke, or go out. A friend who cares more about themselves than you will always tread on those lines you’ve drawn.

We all mess up! It’s what humans do. If your friend refuses to apologize, or never takes responsibility for their actions, or throws you under the bus, look past the innocent facade and see what they’re actually doing: caring more about how they look to others than how you feel.

In a romantic partner, it’s easier to identify this. But with a friend, you might feel like you can’t call them out, or like it really is always your fault. Make no mistake: bad friends will find a way to make it your fault, not theirs, especially if it isn’t true.

10. They make fun of you in front of others.

Good friends can dish out a lot of good-natured jokes. If you’re sensitive like I am, this can often feel tough. But that’s part of what good friends do. Bad friends, meanwhile, won’t only make fun of you — they’ll mock you in front of others.

When your so-called friends are always stepping on you on their way to other people, the relationship is unbalanced. They’re using you as a ladder.

11. You’re always apologizing to them.

Bad friends can often be very good at manipulating you and the situation so that nothing is ever their fault — and so, by process of elimination, it must be yours.

This means you’re frequently in the position of apologizing to them for any perceived slight or offense. They don’t want you as a friend — they only care about having a scapegoat.

Good relationships are genuine, deep, and balanced. In all my solid relationships, I’ve shared vulnerabilities, confessions, and even my darkest fears, both for friends and romantic partners.

If you’ve shared the real you — all the ugly and scary parts of it — but your friend still wants you to think they’re perfect, that relationship is not real. It’s based on a facade.

This is a small one, but it’s the most telling for me. A good friend is one who values you and your time. A bad friend won’t respect that you are waiting for them, or could have been doing other things.

We’re all late sometimes. But if someone constantly disrespects your time, they care more about themselves than you — it’s a sign the relationship isn’t on equal footing.

Part of the reason bad friendships are much harder to spot than toxic or bad love relationships is because they’re more naturally uneven. With a partner, it makes sense to ensure that both of you are on even footing. With friendships, there can often be a more complex pecking order, friends you’re closer with, or people you’d like to get to know even more. There are common ebbs and flows in how you interact with each other.

But these thirteen little red flags can be giveaways that the person you think is a friend doesn’t feel the same way about you at all. If your relationship with someone is so unbalanced that they tick every box on this list, it may be time to consider how to find better friends who care about you just as much as you do them.